Welcome to the actual NFL offseason.

The league is supposed to take a break in February, but between free agency, the NFL draft, major controversies and the start of the offseason training program, there barely is any dead time between the end of the season and summer.

Now is when players, coaches, executives and even the media can take a summer vacation. New England Patriots head coach Bill Belichick was so impressed by his team, he even let them take off early by canceling the final day of minicamp. What a softy.

Let’s get into the last Patriots mailbag until training camp picks up in late July:

@DougKyedNESN Sup?
–@June__NYC
This is a pretty good place to start. As the Patriots go on vacation, so will I, and that includes going on my honeymoon Saturday. Hawaii, here I come!

The kind folks at NESN.com will keep you updated on all Patriots goings-on while I’m gone.

@DougKyedNESN How many corners do you think make the roster? If you had to guess, which ones would you say would make the cut?
–@mattstdream
The Patriots typically carry five cornerbacks on their 53-man roster, though they made an exception for Malcolm Butler last year by carrying six once Brandon Browner came back from suspension and before placing Alfonzo Dennard on injured reserve.

Derek Cox was out of football last year, Jimmy Jean is an undrafted free agent and Justin Green and Daxton Swanson have bounced on and off the Patriots’ practice squad. New England could make a trade, but those are so rare in the NFL, it’s not wise to count on it.

Right now, I’d guess Butler and Ryan start at each corner with McClain in the slot. But the Patriots could change their minds a quarter of the way through the season like they did with the offensive line last season.

I will say that Ryan appeared to be playing with a swagger during the offseason workout period. I think he understands the opportunity in front of him with Browner, Dennard, Darrelle Revis and Kyle Arrington gone, and I think he can grab that figurative brass ring.

@DougKyedNESN will we see any releases and more brought in before or during camp? Could Flynn stick around carrying 3 QB’s? Your Darkhorse?
–@XLIX2K15
— The Patriots released tight end Logan Stokes on Thursday, so the Patriots currently have an open roster spot that likely will be filled soon.

— I could see a situation where Caylin Hauptmann makes the roster to serve as depth at offensive tackle and guard.

He also can do this:

Mundine was Kansas’ leading receiver last season with 45 catches for 584 yards with three touchdowns, so it’s a bit unclear why it took him so long to sign as an undrafted free agent. The Patriots only added him last week.

@DougKyedNESN congratulations again! Ques: does Easley look slimmer? I remember BB said he’s down to 260 at the draft. Could he be a DE now?
–@Big_Jazz_Boy
Thanks!

And not to these eyes. Easley still looks the same size as last year, if not a little bigger. I’m not sure why Bill Belichick said Easley only weighed 260 pounds. I think he probably just wasn’t thinking clearly after a long day. Belichick said that after the first round of the 2015 NFL Draft concluded when someone asked him to compare Easley and Brown. I think Belichick was just using a bit of hyperbole.

I think Easley likely will play some defensive end this season, however, either in a 3-4 or a 4-3. He played defensive end last year, too.

@DougKyedNESN How badly does losing Spikes hurt the D?
–@MrQuindazzi
It hurts if the Patriots’ linebackers get bit by the injury bug again, but in today’s NFL, teams really only need two high-caliber players at the position since defenses are in nickel so often. The Patriots have three in Dont’a Hightower, Jamie Collins and Jerod Mayo.

It’s not ideal to go into the 2015 season with Dane Fletcher as a possible starter if Hightower’s shoulder isn’t ready, but injuries during OTAs and minicamp gave James Morris, Jonathan Freeny, Darius Fleming, Dekoda Watson and Matthew Wells plenty of reps. One of those players could step up during training camp and preseason. My bet would be Morris.

@DougKyedNESN how on earth can Robert Kraft outdo himself on the ring ceremony next year after we win #5??
–@James_Bryant4
I can’t imagine a bigger championship ring. I think he’d have to buy them diamond-encrusted gloves, or like, individual private jets.

He definitely doesn’t seem out of place, and he outlasted Tim Wright and Stokes, so that has to be a good sign. He’s big and athletic, and Belichick obviously likes him, since he has stuck around for three years now. It’s unlikely he’ll ever be a starter in the NFL, but his versatility would fit well on the end of a roster or on the practice squad.

I love this story, by the way. I changed players’ positions all the time while playing Madden and NCAA Football on PlayStation 2 as a kid. It’s like Belichick saw Bequette was a 68 rating at defensive end, slid his position over to TE and saw he was a 70, then decided to keep him there instead.

@DougKyedNESN What should Pizza Hut do to revitalize its brand?
–@billbarnwell
The possibilities are pretty much endless after their recent innovations. First, they had the two-foot dipper pizza (which I tried and was actually pretty impressed), and now they have pizza crusts filled with hot dogs. It’s not a matter of if I will try this, but when and how much I will enjoy it.

Bill and I also know about the little-publicized “Pizza Hut Slice Bar,” which exists in Worcester, Mass. This Pizza Hut sells individual slices, rather than whole pies, and well, it was disappointing (as most individual slices usually are).

I think this just tells us that Pizza Hut shouldn’t get complacent and copy long-standing pizza traditions. They need to put their creative minds to work and find new ideas that are just so crazy that idiots like me will try them.

Little Caesars came out with a bacon-wrapped pizza (it was delicious). I think the Hut needs to up the ante by creating an entire crust made of bacon. They could even advertise it as low-carb.

@DougKyedNESN If Bigfoot is real what position would fit him best on the football field.
–@Kid_From_Quincy
Five-technique defensive end.

@DougKyedNESN your top five wrestlers
–@Cam_McDonough
I was going to ask Cam if he meant current or all-time, then I realized making two lists would be twice the fun.

John Cena and Roman Reigns almost made the list. Wrestling fans are dumb. They’re both great. Finn Balor makes this list the night he debuts on the main roster.

Mick Foley, Bret Hart and Sting are up there too. 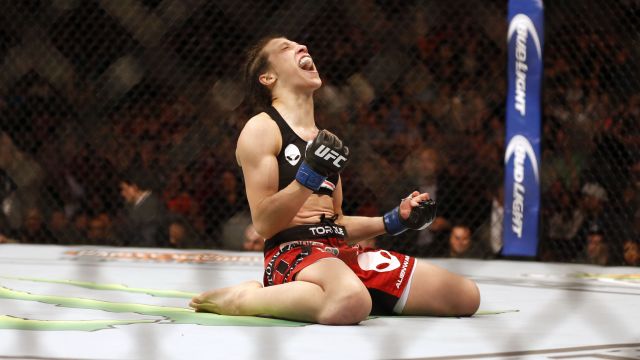 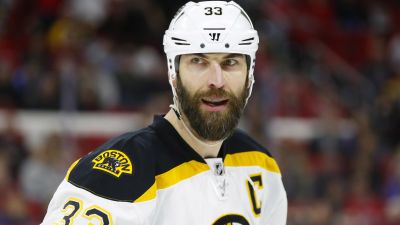