Red Sox Have No Plans To Move Hanley Ramirez Out Of Left Field - NESN.com Skip to content

Red Sox manager John Farrell and general manager Ben Cherington both said before Friday’s game that despite Ramirez’s ongoing defensive struggles, the team has no plans to move him from his spot in left field.

“He’s our left fielder,” Cherington said. “If you go back and look at examples of teams where you’re not going to get defense out of every single spot, but you can win with that if you’re doing well enough in enough other areas. I just think focusing on any single aspect of what’s going on is not helping us.”

Nobody expected Ramirez to become a Gold Glover in this, his first season as a major league outfielder. He’d spent his entire professional career as a shortstop and always had been known much more for his bat than his glove, anyway.

“We didn’t know exactly how it would go,” Cherington said. “We felt some confidence that he would make the adjustment and figure it out. I think we’re seeing some elements of his play that are improving. He’s handled the wall better. He’s moving left and right. Certain plays, he looks less comfortable with. All we can do is stick with him and continue to help him and challenge him to keep getting better.”

Cherington insists he’s seen improvement from Ramirez, but the 31-year-old far too often misjudges fly balls, misplays caroms and generally looks like … well, someone playing a position he’s never played before. Despite these issues — and Ramirez’s lack of power since injuring his shoulder — Cherington has continued to back the man to whom he gave a four-year, $88 million contract this past offseason.

“I look at it a little differently than probably some of you are,” Cherington said. “I think here’s a guy who was an elite player at one position for a long time in this league and wanted so badly to be in Boston that he, in my mind, had the courage to come here and change positions, and has worked at it.

“As John Farrell said, yeah, it’s a work in progress, but I have respect for what he’s trying to do, because it meant that it’s reflected in how much he wanted to be here and be a part of this. So, because of that, we’re going to stick with him and help him and push him. And yeah, he’s got to be a part of it, too. But this is on all of us to get better. It’s not on any one player and certainly not on any one player’s defense.”

Is Cherington concerned about how Red Sox fans might take such comments, made just one day after Ramirez misread a ball and made a critical baserunning mistake in one of Boston’s sloppiest losses of the season?

“I didn’t say he was immune to mistakes,” Cherington responded. “I’m certainly not saying I’m immune to mistakes. We’re all responsible. I can acknowledge that we didn’t play well (Thursday) and still talk about a person and a player that I know well and talk about the good qualities that I see. We’re not ignoring any of the issues. We’re not running from responsibility or accountability. I’m certainly not doing that.”

What the Red Sox are doing is a bit of lineup tinkering. Turning Ramirez into a full-time designated hitter isn’t an option as long as David Ortiz is around, but given Ortiz’s struggles against left-handed pitching this season, Farrell said isn’t opposed to straying from the norm when an opponent starts a southpaw.

That was the case Friday, as both Ortiz and third baseman Pablo Sandoval sat againt Oakland A’s lefty Scott Kazmir. Ramirez shifted to DH, with newcomer Alejandro De Aza getting the nod in left.

“I think (Friday) is an example of that,” Farrell said. “To say that this is our left-handed-hitting lineup going forward, that’s not etched in stone. But against left-handed starters, we have a way to rotate other guys through. I think it’s important to not that Hanley is not going to be taken out of left field. We need to get greater consistency (from him) on the defensive side, and that’s our approach.” 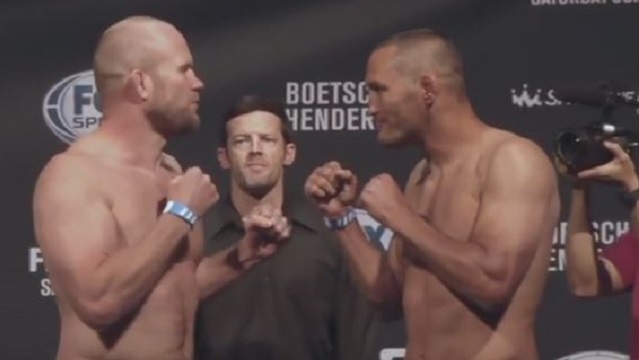 Allen Iverson Denies He Was Drunk During His Infamous ‘Practice’ Rant