The meeting of the minds didn?t work — on Day 1, at least.

Boston Red Sox manager John Farrell met with five veteran players for 45 minutes in his office before Sunday?s game against the Texas Rangers at Globe Life Park. The discussion, which reinforced the importance of playing aggressively, initially looked poised to pay dividends, yet the Red Sox ultimately veered off the tracks (again) in a soul-crushing 4-3, walk-off loss.

The Red Sox return to Fenway Park on Tuesday — Monday’s game was postponed due to rain and rescheduled for Wednesday as part of a doubleheader — for the start of a seven-game homestand against the Minnesota Twins (four games) and Oakland Athletics (three games). Typically, a return to Boston is considered a precursor to productive happenings for the Red Sox, but let?s be honest: Fenway hasn?t exactly been friendly this season.

The Red Sox are 10-12 at home in 2015. And if there?s anyone taking advantage of the ballpark dimensions, it sure hasn?t been the Sox.

Boston entered Monday ranked 20th in home doubles (37) and 17th in home runs at home (22). They?ve scored 94 runs at home, which ranks 23rd, though you obviously could argue the Red Sox?s offense has been anemic everywhere. By contrast, Red Sox pitchers have allowed 42 doubles and 24 home runs at Fenway Park. Opponents have scored 102 runs in Boston?s barn.

No matter how you slice it, the Red Sox haven?t been very good. And even Fenway Park — a place this team seemingly is built for — has provided zero salvation amid Boston?s early-season struggles. Thank God the Red Sox play in the disaster area known as the American League East or else their two-month swoon would have them in a far worse predicament. After all, a four-game deficit is nothing on June 1.

The Red Sox?s minus-48 run differential is something, however. It?s the worst mark in the American League and the third-worst mark in Major League Baseball. Only the Philadelphia Phillies (minus-73) and Milwaukee Brewers (minus-65) entered Monday with worse run differentials. And those teams flat-out stink.

The Red Sox, by all accounts, shouldn?t stink. While one could pinpoint several flaws, perhaps even making the case that expectations entering this season should have been much lower, the talent that general manager Ben Cherington and Co. have assembled still is far greater than the results indicate.

This all begs the questions: What needs to change? And is it time to panic?

In short, a lot needs to change. And while it might not be time to press the red button just yet, mostly because the AL East is a dumpster fire at this point, it?s certainly flashing like crazy.

Let?s assess the damage through 51 games.

Only the Tigers (54) have grounded into more double plays than the Red Sox (46), and Detroit can live with the limitation because it?s hitting at a far better clip and its pitching has performed better.

While there?s no longer a starting pitching crisis, per se, the rotation still is an underwhelming unit when stacked up against the better staffs across MLB.

Rick Porcello has underperformed despite flashing stopper potential and Joe Kelly often looks destined for the bullpen. Clay Buchholz and Wade Miley seem to have figured things out — especially Buchholz over his last three starts. And who knows what the future holds for either Eduardo Rodriguez or Steven Wright, though they?ve been bright spots in limited opportunities.

The bullpen, meanwhile, is just there.

Koji Uehara and Junichi Tazawa have been good, and Matt Barnes looks like he?s evolving into a valuable weapon. But Red Sox relievers, collectively, couldn?t be any more middle of the pack. Boston?s ?pen ranks 15th in ERA (3.61), 22nd in WHIP (1.34) and 24th in opponent batting average against (.258). The unit has been taxed, but it?s not a jump-off-the-page-type of issue.

The defense, like the bullpen, isn?t a huge concern despite being a ho-hum piece of Boston?s repertoire. The Red Sox rank 13th with 31 errors and 16th with a .984 fielding percentage.

Like many teams, the Red Sox have good defensive players and bad defensive players. The former seem to outweigh the latter in Boston?s case, but Hanley Ramirez?s left field defense remains an issue, Rusney Castillo doesn?t look comfortable in right field and the infield botched some plays down in Texas.

The Red Sox?s defense wasn?t really a problem and perhaps it won?t be moving forward. But back-to-back three-error games suggest the team?s other woes could be leaking into a new area.

Baserunning
OK. But not a game-changer, for better or worse.

FanGraphs uses an all-encompassing baserunning statistic (BsR) that turns stolen bases, caught stealings and other base running plays (taking extra bases, being thrown out on the bases, etc.) into runs above and below average. The Sox rank 19th with a minus-1.8 mark. They rank 21st with 20 stolen bases.

Baserunning was an overlooked reason for the Red Sox?s demise last season, as they were far less aggressive and efficient than they were during their 2013 World Series-winning campaign. It?s no wonder Farrell preached aggressiveness during Sunday?s meeting, because the ?relentless? approach the skipper preached (relentlessly) upon being hired seems to have dissipated to some extent.

Prognosis
One doesn?t have to be under the hood for long to realize the Red Sox?s engine isn?t firing on all cylinders right now. In fact, Boston looks like a lemon.

Would Cole Hamels or Johnny Cueto help? Sure, absolutely.

How about coaching changes? They might provide a temporary spark, but this is about the players.

There?s not one cure-all for the Red Sox?s compounding issues. Boston was supposed to ride an area of great strength (offense) to the top of the mountain, yet that area is stuck in neutral. As such, the Red Sox haven?t been able to mask their other deficiencies, creating a losing formula for 51 games.

No single acquisition, coaching change or call-up could possibly reverse Boston?s fortunes entirely. If the Red Sox turn things around, it will be because the current group looked itself in the mirror and performed better across the board in the face of adversity.

This homestand is a good chance for the Red Sox to find a mirror. 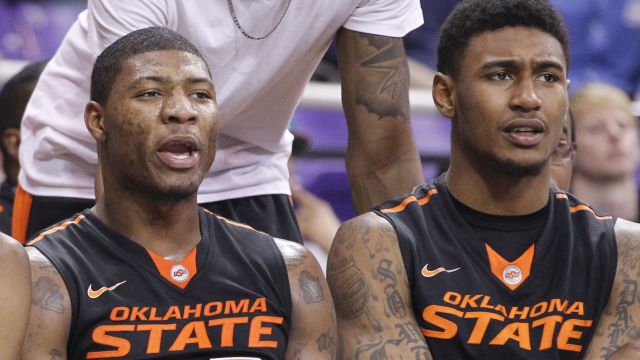