In the case of good teams, one hand usually washes the other. Unfortunately for the Boston Red Sox, there isn?t a whole lot of that going on right now.

The Red Sox?s offense again struggled and Rick Porcello failed to rise to the occasion Wednesday as Boston suffered a 5-2 loss to the Baltimore Orioles at Camden Yards. The Sox, who embarked on their three-game swing through Baltimore with some momentum in their back pockets, are on the verge of being swept away by an American League East rival, casting even more doubt over their 2015 season.

Let?s run down some notes from Wednesday.

— While it isn?t time to panic regarding Porcello?s four-year, $82.5 million contract extension, the results so far certainly haven?t been what the Red Sox anticipated. The 26-year-old owns a 5.26 ERA through 12 starts with Boston after allowing five earned runs on 10 hits over 5 1/3 innings against the Orioles.

Wednesday?s outing wasn?t Porcello?s best, even though it wasn?t exactly his worst, either. Eight of the 10 hits he scattered were singles. They simply came at inopportune points in the game, as he handed momentum right back to the Orioles each time the Red Sox looked poised to get over the hump.

Porcello has allowed at least five earned runs in three of his last four starts.

— The Red Sox have placed an emphasis on becoming more aggressive. The drawback of that mentality was on display in the second inning, when Boston ran into two consecutive outs at second base.

Xander Bogaerts planted a ball off the center field wall to extend his hitting streak to six games. Adam Jones, who put on a defensive clinic all night, barehanded the bounce and fired a strike to second base, where J.J. Hardy applied a quick tag. Bogaerts initially was called safe, but the call was correctly overturned following a challenge by the Orioles.

Pablo Sandoval then capped a seven-pitch at-bat by reaching out and poking a ball into left field. He tried to stretch the hit into a double but, like Bogaerts, was nabbed at second base.

One can?t fault the Red Sox for rolling the dice. Sometimes, it works. Sometimes, it doesn?t. A team scratching and clawing needs to take such chances on the bases, and neither decision in this instance could be construed as reckless.

?That?s forcing them to throw a strike,? Red Sox manager John Farrell said. ?They did.?

— Did I mention Jones put on a defensive clinic?

— Dustin Pedroia and Brock Holt provided four of Boston?s seven hits. The tandem continues to get it done at the top of the order, even when the rest of the lineup struggles.

— Alejandro De Aza pinch-hit for Rusney Castillo to begin the eighth inning. Probably not a scenario the Red Sox envisioned when they signed Castillo to a $72.5 million contract.

— Tommy Layne has been excellent. In fact, his success dates back to last season, when the southpaw?s role expanded after Boston traded Andrew Miller to Baltimore for Eduardo Rodriguez.

Layne really attacks hitters, particularly with men on base. He struck out both hitters he faced in the sixth inning and now has stranded 12 of 13 inherited runners this season. 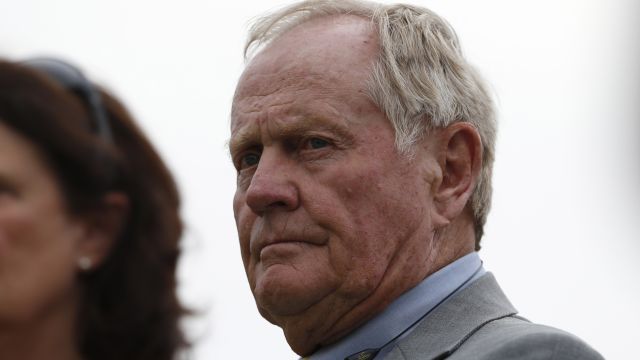 Jack Nicklaus Can’t Relate To Tiger Woods And Doesn’t Want To, Either