It?s hard to climb a ladder when each step up precedes two steps down.

Welcome to the life and times of the 2015 Boston Red Sox, who continue to stare up at the rest of the American League East in large because of their inability to make headway in divisional games. The Red Sox are 12-24 against AL East teams after suffering a 4-1 loss Saturday to the Tampa Bay Rays at Tropicana Field. Boston is 4-16 in its last 20 divisional contests.

The Red Sox are in the midst of a seven-game stretch against divisional opponents, as they?ll face the Toronto Blue Jays for four games starting Monday after wrapping things up with the Rays on Sunday afternoon. They?ll also host the New York Yankees for three games leading into the All-Star break after six home games against the Houston Astros (three games) and Miami Marlins (two games) following their trip north of the border.

The Red Sox are nine games behind the first-place Rays and Boston is the only team in the division with a record under .500. Clearly, this swing marks a golden opportunity for the last-place Red Sox to make up ground, but there needs to be a sense of urgency if the season is to be salvaged.

Unfortunately for Boston, that sense of urgency seems to come and go. The Red Sox overcame some familiar troubles and fought their way to a 4-3, extra-inning win in Friday?s series opener against the Rays, offering some hope for a team that had been 4-9 at The Trop since the beginning of last season before the weekend set. But Boston?s bats — a strength in recent weeks — went eerily silent Saturday.

Rays starter Matt Andriese allowed only one hit over six shutout innings. Alejandro De Aza homered for the Red Sox in the eighth inning, but it was nothing more than a whimper, as Boston?s offense was limited to three hits in the contest. Wade Miley pitched well yet walked away the loser.

There?s always a chance the Red Sox could rattle off five straight wins starting with Sunday?s series finale in St. Petersburg, after which they might find themselves within striking distance following a three-month malaise. It?s just hard to have any confidence whatsoever in Boston?s ability to go on such a run.

For one, the Red Sox have been outscored 199-143 in divisional games this season, meaning they?ve given up an average of 5.53 runs per game while scoring an average of 3.97 runs per game. The discrepancy explains Boston?s minus-47 run differential — third-worst in the AL — and speaks to a bigger issue: the Red Sox might not be built for AL East competition.

The Blue Jays, Yankees and Baltimore Orioles each have a top-five offense, while the Red Sox?s offense has underachieved despite showing life of late. And the Rays, who rank below the Red Sox in terms of runs scored, have a top-five pitching staff — spearhead by a legitimate young ace (Chris Archer) — that can mitigate the advantage of a stacked offense on any given night.

In other words, while each of the other four teams has an identifiable strength, the Red Sox don?t right now, unless, of course, the offense can begin to meet expectations on a nightly basis rather than in spurts. Consistency obviously is the key.

Is the Red Sox?s season shot? It depends on who you ask. If they?re going to make a run, it needs to start with playing better within the division, which seems like a tall order at the moment.

The next few steps need to be upward, or else the Red Sox might fall off the ladder completely. 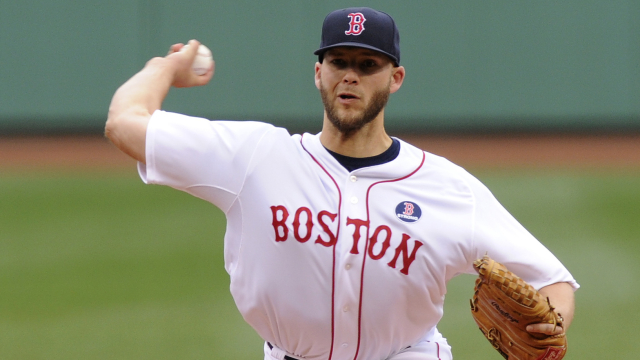