The starting pitching was solid: Steven Wright allowed three earned runs in his six innings of work, all coming on a three-run home run by Torii Hunter.

The offense — bucking a recent trend — was, too: The Red Sox touched Minnesota Twins pitching for 12 hits and two home runs, and held a four-run lead at the end of four frames.

But since all-around positive efforts have been so rare for Boston’s baseball club this season, it of course was done in Thursday by two of the less talked-about tools: fielding and baserunning.

The Red Sox committed three errors and made three outs on the basepaths, all while surrending eight unanswered runs in an eventual 8-4 loss to the visiting Twins.

It was, in the words of manager John Farrell, “a poor display of baseball.”

“The best way I can describe it is that we made both physical and mental errors in this one, particularly in the second half of the game,” Farrell said. “… It’s lapse of concentration. That’s the only thing that I can explain right now. They’re routine plays — plays that guys have made throughout their careers consistently. That was not a display of it (Thursday).”

Boston’s most highly touted offseason acquisitions were two of the biggest culprits.

Pablo Sandoval committed two costly errors at third base, including one that allowed the eventual winning run to score in the ninth, and continued his struggles against left-handed pitching by going 0-for-4 at the plate. Sandoval has committed four errors over his last four games and is batting just .122 against southpaws this season.

It’s not just lefties, though. Sandoval has gone 4-for-37 (.108) with zero extra-base hits and zero RBIs over his last 10 games, prompting a reporter to ask Farrell whether he’s considered sitting the burly third baseman down for a few games — a tactic he employed on a struggling David Ortiz last week.

“Consider it? Yeah,” said Farrell, who added that he’s seen no physical issue with Sandoval. “Nothing’s been decided. At this point, everything’s open for review and discussion.”

And then there’s Hanley Ramirez. An adventure in left field all season, Ramirez misplayed a fly ball at the warning track in the ninth, allowing an (ultimately meaningless) run to score, and also helped kill a Red Sox rally with a baserunning gaffe in the seventh.

The easy solution would be for the Red Sox to shift Ramirez, a career shortstop, to designated hitter, where his lack of outfield prowess wouldn’t be detrimental. But that spot is — and, for the foreseeable future, will be — occupied by Ortiz, creating a problem Farrell still has yet to solve.

“Well, we’ve begun to more routinely and regularly (use defensive replacements) late in the games,” the manager explained. “But trying to get David going, trying to get the middle of the order going, one has got to get on the field defensively. And that’s a work in progress, we know, with Hanley.

“It’s a work in progress. We’ve got work to do. There’s no one denying that. There’s no one skirting around that. We’ve got to anticipate more and begin to expect more. There’s been games such as (Tuesday) where I thought Hanley got some good reads and breaks on some balls, and we’re striving to gain that consistency.”

Striving for consistency should be the goal of each Red Sox player right now. So far, they’ve found little. 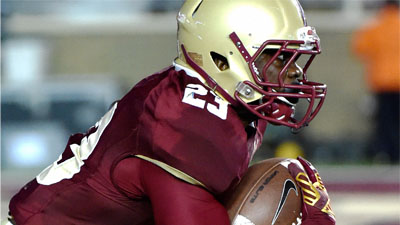 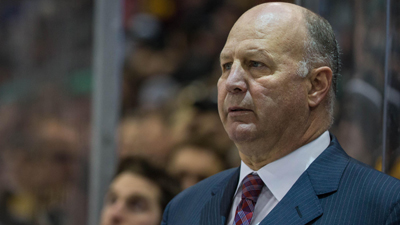