Greg Monroe could be bound for the Atlantic Division.

The Detroit Pistons big man is set to hit free agency next month, and there is “strong speculation” he will end up with either the Boston Celtics or New York Knicks, Gery Woelfel of The Journal Times reported over the weekend.

The Pistons’ decision to trade for Milwaukee Bucks big Ersan Ilyasova last week made a Detroit return unlikely for 25-year-old Monroe. Ilyasova is much more of a perimeter threat than Monroe — who has not attempted a single 3-pointer in his NBA career — and thus should pair better with Pistons center Andre Drummond.

Monroe would be an upgrade over all current Celtics big men, but he’s not the prototypical rim protector the C’s so sorely lack and likely would be a pricey acquisition after reportedly desiring a max contract from the Pistons. He is a productive post scorer and rebounder, however, having averaged 15.9 points and a career-high 10.2 boards this season.

For what it’s worth (hint: not much), here’s what Monroe had to say after Detroit’s Dec. 3 loss to Boston — which at the time the Celtics employed Jeff Green, a former Georgetown teammate of his — about potentially joining the Celtics:

“(Green and I) joke about it,” Monroe said, via WEEI.com. “We all joke about it, man, but obviously it?s a lot more than us two coming here or us two talking about it. Right now, I?m just focused on where I?m at. Whenever the time is and if everything is right, then obviously I?ll always weigh my options, but right now I?m not worried about that.? 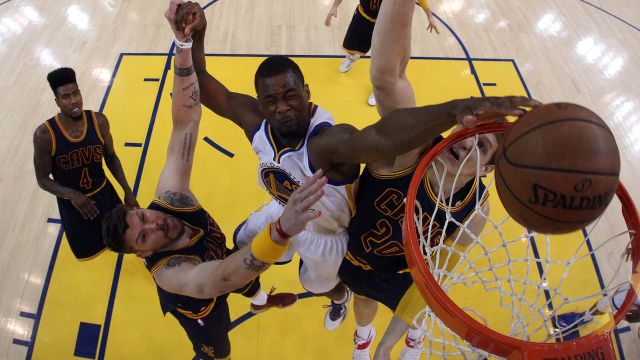