The Boston Bruins are the busiest team in the NHL trade market, and they made another deal Tuesday afternoon.

The B’s traded 25-year-old goaltender Martin Jones to the San Jose Sharks for a 2016 first-round draft pick and forward prospect Sean Kuraly, a center who plays for Miami of Ohio.

Jones, who will be a restricted free agent if unsigned by Wednesday, was acquired by Boston last Friday, along with the 13th pick in the 2015 NHL Draft and defenseman Colin Miller, in a trade that sent left winger Milan Lucic to the Los Angeles Kings.

Jones likely will be San Jose’s starting goalie next season.

Malcolm Subban, Jeremy Smith and Zane McIntyre likely will be the candidates for the Bruins’ backup goalie job with Jones off the roster. B’s general manager Don Sweeney said Tuesday there will be a “healthy” competition for that role. 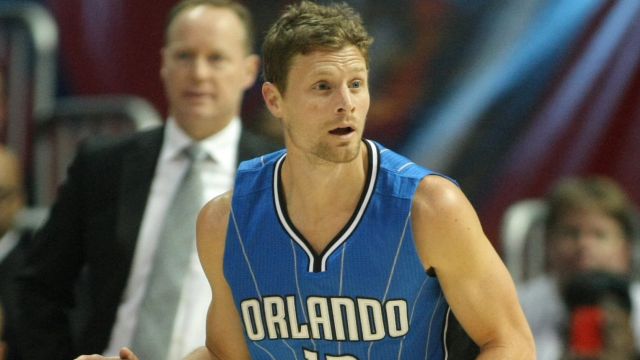 Luke Ridnour Traded For Fourth Time In One Week, This Time To Raptors