Tom Brady Appeal Primer: Everything You Need To Know About Deflategate - NESN.com Skip to content

Brady’s appeal of his four-game suspension is set for Tuesday, marking the hopeful end to the nearly six-month saga. But before the QB’s case is heard, let’s take a look back at how we got here, starting from the top.

Jan. 18, 2015: The Patriots throttle the Indianapolis Colts 45-7 in the AFC Championship Game. In the early hours of the following morning, an Indianapolis columnist named Bob Kravitz reports the NFL is investigating whether the footballs New England used in the win were properly inflated. The controversy quickly is dubbed “Deflategate” and proceeds to consume the two-week lead-up to Super Bowl XLIX.

Jan. 22, 2015: Belichick holds a news conference to address the situation, beginning with an 8 1/2-minute statement in which he denies having any knowledge of the game-day football preparation process. Brady then is bombarded with questions by the national media. The quarterback denies altering New England’s footballs “in any way” and implies that some might be blowing the issue out of proportion.

Jan. 23, 2015: Patriots owner Robert Kraft releases a statement saying he’s encouraged the team to be “completely cooperative and transparent? with the league’s investigation.

Jan. 25, 2015: Upon arriving in Arizona for Super Bowl week, Kraft torches the NFL and says the Patriots deserve an apology if the league-commissioned investigation “is not able to definitively determine that our organization tampered with the air pressure in the footballs.”

May 6, 2015: After three months of relative silence on the Deflategate front, the Wells Report finally is released. It concludes it was “more probable than not” that two Patriots team employees, John Jastremski and Jim McNally, deliberately tried to circumvent league rules regarding football deflation, and that Brady was “at least generally aware” of their actions. Both Kraft and Belichick are cleared of any wrongdoing.

May 7, 2015: During a speaking engagement at Salem State University, Brady declines to address the report, saying he “(hasn’t) had much time to digest it fully.”

May 11, 2015: The NFL drops the hammer on the Patriots, suspending Brady four games, docking the team a first- and a fourth-round draft pick and fining the organization $1 million. Kraft again is critical of the league, saying the punishment “far exceeded any reasonable expectation.”

May 14, 2015: Brady and the NFLPA file a joint appeal of the quarterback’s suspension. NFL commissioner Roger Goodell announces he will hear the appeal himself.

The Patriots’ lawyers also release an official rebuttal to the Wells Report in which they attempt to dispute several of the conclusions reached by investigators.

May 19, 2015: Kraft backs down, announcing that the Patriots will “reluctantly” accept the NFL’s punishment. Brady’s appeal remains unaffected by this development.

May 29, 2015: ESPN’s Adam Schefter reports Brady’s appeal will be heard Tuesday, June 23. Belichick speaks with reporters for the first time since the punishment was handed down and declines to address the sanctions. Brady cancels his usual media availability at the Best Buddies Football Challenge.

June 2, 2015: Despite arguments from the NFLPA and Brady’s camp for a neutral arbiter, Goodell confirms he will hear the signal-caller’s appeal.

June 12, 2015: The Patriots sign veteran quarterback Matt Flynn to back up and/or compete with second-stringer Jimmy Garoppolo in Brady’s absence.

June 17, 2015: The American Enterprise Institute, which previously exposed shortcomings in the NFL’s Bountygate investigation, discredits the Wells Report’s science and calls its findings “deeply flawed.” Listen to more on the AEI report here. 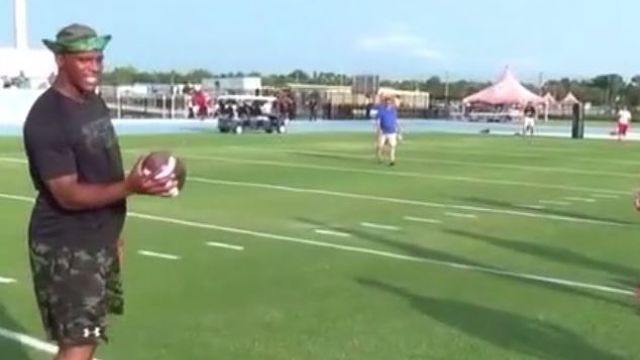 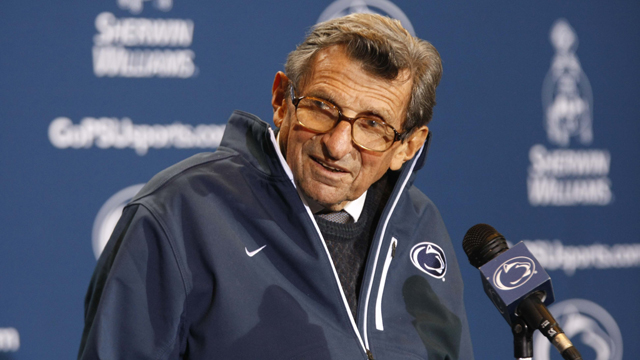