The United States women’s national soccer team will play in the so-called “Group of Death.” But it still has a pretty strong chance to survive.

The 2015 Women’s World Cup begins Saturday, and Team USA is among the favorites to win the tournament despite a tough draw in Group D that includes Sweden, Australia and Nigeria.

The folks at FiveThirtyEight quantified each team’s odds using a metric called the Women’s Soccer Power Index (WSPI), which uses several factors to estimate a team’s overall skill level and forecast how it will fare against each opponent.

The WSPI was kind to the Americans, who earned a 95.4 score out of 100. The only team with a stronger ranking is Germany at 95.6, but FiveThirtyEight gives the U.S. a 28 percent chance to win it all, barely ahead of the Germans at 27 percent. There’s a steep drop-off after that, as the statistics website gives Japan a 10 percent chance to take home gold.

FiveThirtyEight used the WSPI to predict how each group stage match would unfold. Here’s its prediction for the U.S. in Group D.

Only time will tell if Alex Morgan and Co. can live up to the hype. On paper, though, it appears America is the team to beat. 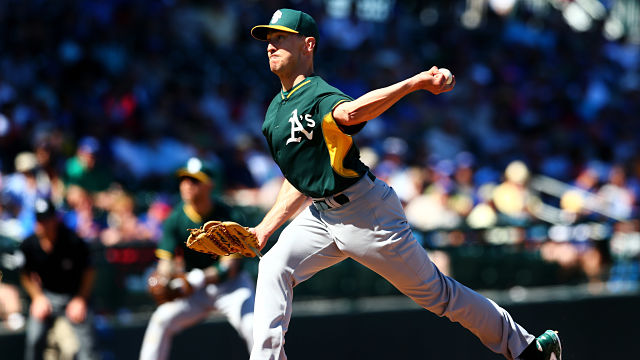 Switch-Pitcher Pat Venditte Called Up By A’s, Could Debut Vs. Red Sox