Final, 0-0: It’s over at Winnipeg Stadium. The United States and Sweden play to a goal-less draw.

Team USA remains on top of Group D after a spirited, but slightly disappointing 90 minutes. Sweden outplayed the United States for the first hour, but Team USA came to life after Wambach’s introduction in the 60th minute. Team USA increased its share of possession and scoring chances in the final 30 mintues, but Sweden had the best opportunity. Klingenberg’s goal-line save ultimately prevented defeat.

That’s all for now and thanks for joining us. Let’s discuss this one on Twitter @NESNsoccer and Facebook. Be sure to keep an eye out for news, fan reactions, analysis and opinion that is on the way on NESN.com.

90th minute, 0-0: There will be a minimum of three minutes of added time in the second half.

89th minute, 0-0: The teams still are searching for a breakthrough as the game nears its conclusion. We’re seeing a lot of service into the penalty areas, but forwards haven’t been able to meet the ball.

84th minute, 0-0: There’s a break in the game, as two Sweden players are down on the field. Players from both teams are drinking water during the lull.

74th minute, 0-0: Team USA is in control now, but Sweden threatens. Jakobsson’s shot deflects out for a corner kick.

72nd minute, 0-0: Rapinoe sends another dangerous cross into the box. Wambach heads it down, but Lindahl tips it over the crossbar.

71st minute, 0-0: Team USA has another chance, but Leroux misses the target again.

66th minute, 0-0: A United States corner-kick sequence ends at Leroux’s feet, but she turns and shoots over the crossbar from 15 yards out.

Leroux should have hit the target.

65th minute, 0-0: Lloyd and Samuelsson are down after clashing heads inside Sweden’s penalty area. Samuelsson walks off the field for treatment.

55th minute, 0-0: The second half has opened in a similar vein to how the first half proceeded. Sweden is using the ball better than Team USA but not testing Solo due to the Americans’ stout defense. Johnston has been impressive in her second-ever World Cup outing.

49th minute, 0-0: Lloyd tests Lindahl with a shot from a tight angle, but the Sweden goalkeeper parries it out for a corner kick.

Neither team made a substitution during the break.

Team USA reverted to the form it showed early on against Australia, and that’s not a good thing for those hoping to see the Americans thrive in Canada. Sweden was better in possession and played with more attacking purpose, as the United States failed to find its rhythm in the first 45 minutes.

The teams’ well-drilled defenses prevented the other from crafting clear-cut scoring chances.

The referee should have awarded Sweden a penalty kick but failed to spot Leroux’s hand-ball.

Ellis must consider changing personnel or tactics in the second half. She also can rely on Team USA’s fitness, which helped it take the initiative from Sweden toward the end of the first half.

45th minute, 0-0: There’ll be at least one minute of stoppage time in the first half.

40th minute, 0-0: Rapinoe lines up a free kick from a promising position 30 yards out but sends it high and wide of Sweden’s goal.

36th minute, 0-0: The first half hasn’t gone well for Team USA so far, but the Americans have improved slightly in the last few minutes.

Team USA enjoys a decent spell of possession in Sweden’s third and finally registers a shot on goal.

31st minute, 0-0: Team USA has endured its second slow start in as many World Cup games in Canada. The American forwards are struggling to involve themselves in the flow of the game, having received little service from the midfield or fullbacks.

27th minute, 0-0: Team USA clears Sweden’s initial corner kick, but it falls to Dahlkvist, who skies her shot over the crossbar.

25th minute, 0-0: Brian floats a cross into Sweden’s penalty area, but no U.S. player can arrive before the Swedes clear it from danger.

21st minute, 0-0: Sweden has the United States under pressure, having earned a succession of corner kicks. Team USA has cleared them, but the feeling of danger remains.

20th minute, 0-0: Kreiger clears a Sweden cross off the goal line and out for a corner kick.

19th minute, 0-0: Neither team has gained an edge on the scoreboard or on balance of play so far.

14th minute, 0-0: Team USA wants a penalty kick after Fischer appeared to drag down Press as she was attempting to turn and shoot inside Sweden’s penalty area.

The referee penalizes Press for a foul on Fischer.

10th minute, 0-0: Team USA and Sweden are playing the ball long and fast — without much success. The direct route appears to be the teams’ preferred method of attack.

Seventh minute, 0-0: The teams have exchanged raids into each others’ halves, but neither has been able to craft an early scoring chance.

Pregame: The big news coming out of the Team USA camp is Wambach’s absence from the starting lineup.

Ellis has changed things around, moving Press forward from the midfield into her natural position. Press and Leroux will partner in the attack.

Brian will start in the midfield.

We don’t know why Ellis dropped Wambach at this point, but her age likely is a consideration. Team USA will play up to seven World Cup games, and it’s unlikely Wambach, 35, could play 90 minutes in each contest without suffering a significant drop in her performance level.

Ellis will have to rest and rotate her players throughout the World Cup, and winning teams depend on their entire squads to prevail in tournament play. Team USA is loaded with depth and versatility.

5 p.m. ET: Sweden head coach Pia Sundhage will discover the value of her intimate knowledge of the United States women’s national soccer team when they face off at the 2015 FIFA Women’s World Cup on Friday in Winnipeg.

Team USA can assert its dominance over Group D and seal a spot in the Round of 16 with a victory. Sweden hopes to pull itself back into the reckoning for the top spot in the group with an upset result over the favored Americans.

Sundhage is the center of attention given her connection to Team USA. Sundhage led Team USA to two Olympic gold medals and a second-place finish at the 2011 Women’s World Cup during her five-year tenure (2008 to 2012) as head coach. Sundhage now is on the opponents’ side, and her high-profile critique of Team USA stars Hope Solo, Abby Wambach and Carli Lloyd added spice to a game that already was the marquee matchup in Group D.

Jill Ellis, Sundhage’s former assistant and now head coach of Team USA, is tasked with ending Team USA’s 16-year wait for a world championship. Ellis said Thursday at her pregame press conference that Team USA had a few good days of practice following the 3-1 win over Australia in its World Cup opener, and that her players are feeling great ahead of the Sweden test.

USA-Sweden kicks off at 8 p.m. Join us right here for all the action from Winnipeg Stadium. 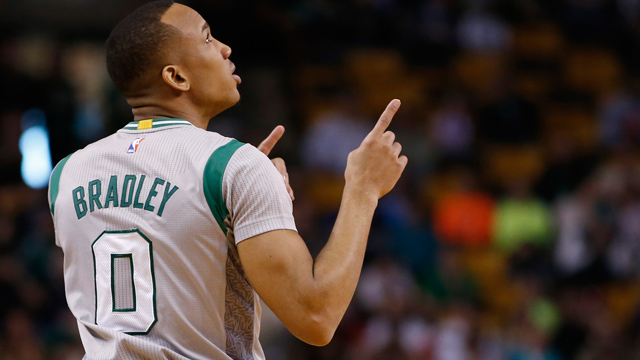 Avery Bradley’s Optimistic Celtics Take: ‘Why Not Get To The Championship?’ 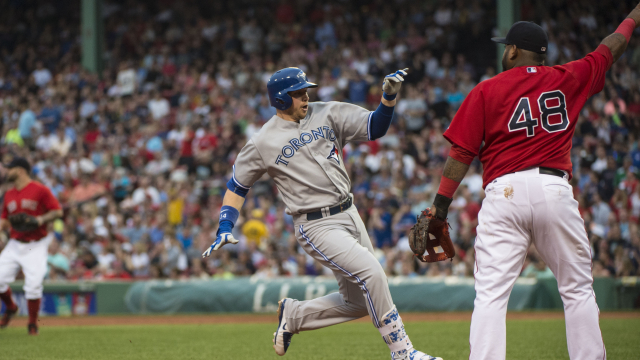