In addition to the great talent and depth in the 2015 class, there were plenty of trades and rumors that provided plenty of excitement for hockey fans Friday and Saturday.

Before we turn our attention to free agency, let’s take a look at some of the winners, losers and steals of this year’s draft.

Winners
Winnipeg Jets
The Jets picked up two great American players in center/left winger Kyle Connor at No. 17 and center Jack Roslovic at No. 25. This adds to a very talented prospect pool that already included first-round picks such as Joel Armia (2011), Josh Morrissey (2013) and Nikolaj Ehlers (2014). Winnipeg also hit a home run by selecting Jacob Trouba in the first round in 2012.

The Jets already have a playoff-caliber NHL roster, and it’s going to be strengthened by elite-level prospects over the next three years.

Buffalo Sabres
The Sabres drafted a No. 1 center in Boston University’s Jack Eichel with the No. 2 overall pick. They also traded for Colorado Avalanche top-six center Ryan O’Reilly and Ottawa Senators goalie Robin Lehner. That’s an impressive haul for a Sabres team that could contend for a playoff spot as early as next season.

Calgary Flames
The Flames traded for a top-pairing defenseman in Dougie Hamilton without giving up an NHL player or a prospect. They also added Swedish defenseman Oliver Kylington in the third round, which was a great value pick because a lot of experts believed he had first-round talent. Calgary added two important pieces to its blue line without damaging its short- or long-term future. That’s impressive.

Losers
Washington Capitals
The Capitals used the 22nd overall pick to take the best goalie available in Ilya Samsonov. The Russian netminder projects to be a good NHL player, but it won’t be for at least three more seasons and Washington is in win-now mode. The Capitals also have a No. 1 goalie in Braden Holtby who’s only 25 years old. Washington should have used its first-round pick to address other needs, which included a defenseman and a winger.

Dallas Stars
The Stars took Russian right winger Denis Gurianov at No. 12. Gurianov projects to be a solid NHLer, but Dallas probably could have gotten him later in the draft. Besides, the Stars’ No. 1 need was on the blue line and several quality defensemen, such as Jakub Zboril and Thomas Chabot, were still on the board.

Dallas also traded for the rights to veteran goaltender Antti Niemi, which didn’t make much sense considering they have a No. 1 netminder in Kari Lehtonen and a promising young goalie in Jack Campbell who’s ready for a larger role.

Steals
No. 5: Carolina Hurricanes, Noah Hanifin, Defenseman
The Hurricanes got the third-best player in this draft with the fifth pick in a slide that was similar to Seth Jones falling to the Nashville Predators at No. 4 in 2013. Hanifin is an excellent two-way defenseman who can play in every situation. He’s also a high-character kid with enough maturity to play in the NHL next season. Hanifin and Carolina No. 1 defenseman Justin Faulk will make a great duo on the Hurricanes’ blue line for many years.

No. 17: Winnipeg Jets, Kyle Connor, Center/Left Wing
Connor is a strong, highly skilled winger with excellent speed and a fantastic scoring record in the USHL. He was expected to be a top 14 pick, but he slid all the way to No. 17 where the Jets were happy to take him. Connor has the potential to be a first-line winger, which would be incredible value for Winnipeg in the middle of the first round.

No. 30: Arizona Coyotes, Nick Merkley, Center
Merkley was expected to be drafted in the middle of the first round but he fell all the way to No. 30. The Coyotes, who already picked Erie Otters center Dylan Strome third overall, were able to acquire another potential top-six forward with the Kelowna Rockets right winger. He’s only 5-foot-11, but he has impressive offensive skill, highlighted by his 20 goals and 90 points in 72 games for Kelowna this season. 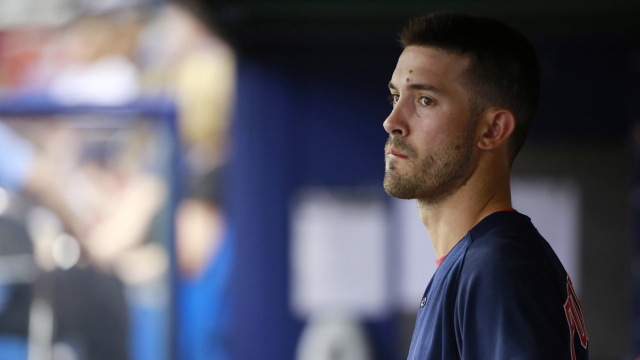 Rick Porcello: ‘I Want To Prove Myself’ To My Teammates, Red Sox Fans 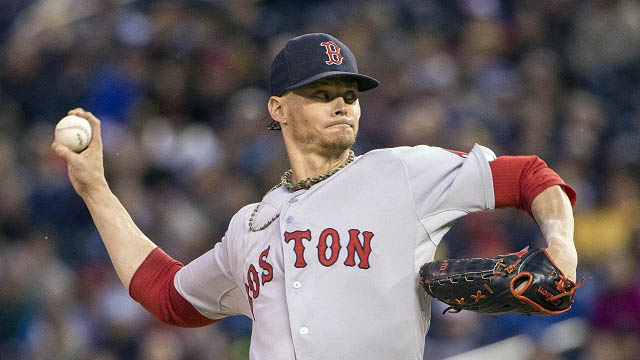