Brett Connolly 'Excited' For Next Chapter In His Boston Bruins Career - NESN.com Skip to content

Brett Connolly is one of the most intriguing Boston Bruins players heading into the 2015-16 NHL season.

He was acquired at last season’s trade deadline for two second-round picks, but he wasn’t able to make much of an impact because an injury suffered in his first practice with the Bruins limited him to the final five games of the regular season.

After signing a one-year, $1.025 million contract earlier this week, Connolly is ready for a new beginning with the B’s.

“It?s exciting,” Connolly told a pool reporter Monday, per the team’s website. “It?s good to get it out of the way. I?m very, very excited for this season.

“Obviously, kind of a fresh start for the organization, moving a few guys, so it?s a good opportunity for me and I?m very excited to be a part of the Bruins — such a historic franchise — and it will be a good, fresh start for me. Obviously, last year was a little weird, but it will be good to get there and get going.”

Connolly played on a few different lines last season, starting on the fourth line in his Bruins debut against the Detroit Red Wings on April 2. His spot for next season is up in the air, too.

He’d be a good fit on the second line with David Krejci because of his shot and physical style of play. Connolly also could fit on the third line and help provide the depth scoring Boston lacked for most of the 2014-15 campaign.

His goal in the short term is to be in top physical shape entering training camp.

“You know, there?s a lot of good players, and up top, that?s obviously where you want to be and I know that?s where my game can be, so I?m excited for the opportunity,” Connolly said. “You know, I?ve been working very hard this summer to be in the best shape possible to have a good start and come into training camp and be in good shape and be ready to play more minutes and be a contributor, help the team win, and I?m excited to get down there and help them do that.” 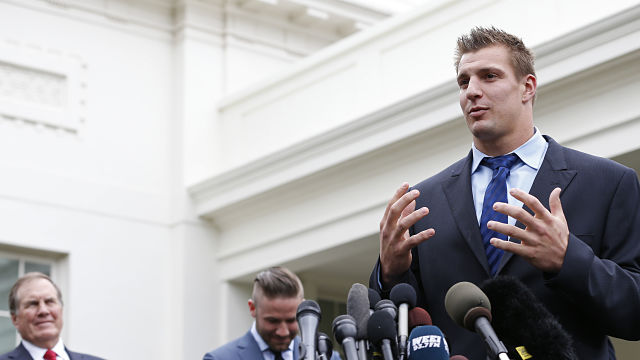