After wrapping up their three-game Utah summer league slate Thursday night, the Boston Celtics now head to Sin City for the second and final leg of their summer tour.

But before the Celtics and Portland Trail Blazers hit the court Saturday night in Vegas, here are a few things we’ve learned through Boston’s first three contests:

Out-Smarting everyone
The No. 1 takeaway from Utah? Marcus Smart is a bit overqualified for summer league. The point guard looked like the best player on the floor in both of the games he played (he sat out the Celtics’ second for rest purposes), averaging 24.0 points, 7.5 assists, 4.5 rebounds and 2.5 steals in matchups with the Utah Jazz and San Antonio Spurs.

Smart struggled shooting in the Celtics’ opener (6-for-20 from the floor, 2-for-10 from 3-point range) but did a phenomenal job of attacking the basket, resulting in a 12-for-13 showing from the free-throw line and 26 points overall. He remedied those shooting woes Thursday, going 9-for-14 from the floor and 4-for-6 from deep as the C’s knocked off the Spurs 85-71 to earn their only win of the trip.

The hustle that defined Smart’s game last season was on full display — so much so that it made you afraid he might hurt himself — and he made enough “did you see that?” plays against San Antonio to fill a highlight reel.

This nifty pass — dare we call it “Rondo-esque?” — was particularly noteworthy.

Smart will suit up for the C’s again in Vegas, but it’s clear he’s operating at a level far above that of his teammates.

Young yet to separate
While Smart has looked like a seasoned vet thus far, the same cannot be said about the other member of the Celtics’ 2014 draft class. James Young, still the youngest C’s summer leaguer, has yet to prove he’s any more NBA-ready than he was as a rookie. The 19-year-old’s energy level has been higher than we saw last season, but he still commits far too many defensive errors and endured a brutal trip in the scoring department, shooting 23.1 percent overall (6-for-26) and 15.4 percent from three (2-for-13).

For a player known as a scorer above all else, those numbers are anything but encouraging.

After slow start, Hunter steps up
Rookie R.J. Hunter showed off some nice instincts and good defensive energy in Games 1 and 2, but the former Georgia State sharpshooter finished with a pair of goose eggs in the points column (0-for-8 shooting, including six missed threes). That changed against San Antonio, as the 28th overall pick finally found his stroke. He sank four of his seven field goals — all 3-pointers — and was a perfect 6-for-6 from the line to finish with 18 points.

Hunter’s continued progression will be something to keep a close eye on in Vegas.

Jordan rules
Second-round pick Jordan Mickey was Boston’s second-best player in Utah behind Smart. The 6-foot-8 big man blocked shots (six in all), grabbed rebounds (5.0 per game) and made his presence felt each time he stepped on the court. Mickey played with a competitive edge, but he did appear to tire at times and occasionally was outmuscled by some of the bigger, sturdier opposing big men.

Boston’s top pick, point guard Terry Rozier, also enjoyed a strong week, and he capped it off with his best performance yet: a 16-point, seven-assist showing against the Spurs. The 16th overall selection in this year’s draft, Rozier appeared to be more NBA-ready than his fellow Celtics rookies.

Up next
The Las Vegas summer league is a different animal than its Salt Lake counterpart. While just four teams made the trip to Utah, 24 will be on hand in Vegas, which means a much busier schedule for the participating clubs. The Celtics will play three pool-play games (Saturday vs. Portland, Sunday vs. Philadelphia and Tuesday vs. Miami) before advancing to the knockout rounds, which could include as many as five additional games. 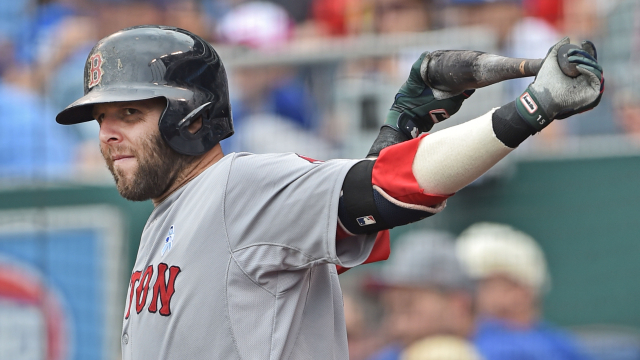