BOSTON — The two players who most define the last decade-and-a-half of Boston Red Sox baseball once again owned the spotlight Sunday.

First, there was Pedro Martinez, who delighted the crowd in Cooperstown, N.Y., with a Hall of Fame induction speech for the ages. A few hours later, it was David Ortiz’s turn to bask in the adoration of Red Sox Nation.

Ortiz put on one of the finest offensive displays of his illustrious Red Sox career Sunday night, going 4-for-5 with two home runs and a career-high seven RBIs as the Red Sox demolished the visiting Detroit Tigers 11-1 at Fenway Park.

“A big night for David,” manager John Farrell said after the game. “A big night for us offensively overall, but David was all over the baseball. Two beautiful swings on the two three-run homers. Maybe it’s somewhat fitting for Boston baseball today with Pedro’s induction and then David with the seven RBIs as he climbs up higher on that list. But good to see him swing the bat like he did.”

Farrell said Ortiz witnessing one of his close friends achieve baseball’s highest honor might have given the veteran slugger some extra motivation. Ortiz confirmed that it most certainly did, but that his awe wasn’t limited to Martinez’s portion of the proceedings.

“(Sunday) was a day where emotions were pretty much going all over the place here in this clubhouse,” he said. “Myself, I’m not going to lie to you, I was watching the induction. I watched pretty much the whole thing, and it was very emotional. Today, I got to know guys through their speech that you didn’t really know them. I played with (John) Smoltz, I played with Pedro — you guys know what my relationship with Pedro is. Smoltz, I got to know him a little bit. But once you get to listen to those guys talking, it’s just — it takes things to another level. The Big Unit (Randy Johnson) today talking, I’m (his) No. 1 fan from now on.

“… Sometimes people judge you for the things that you do on the field, and things stay like that, but once your off the field, once your out of the uniform, there’s another human being behind the whole thing, and that’s something I experienced (Sunday night).”

“Like I said, I was very emotional (Sunday) looking at the induction. It’s something that, it was remarkable. These guys, you never know what’s going to pop out, you know what I’m saying? Pedro, I got tears coming out when I saw Pedro talking, because I know the man. I know everything that he went through in his career. I used to sit down with Pedro after games (at Fenway) or on the road, and he would just start telling me stories about things. And all the stories that he always used to tell me made me a better human being, made me a better player. It was good. He wrote a book about it.

“It was good that he let it fly during the speech, because for a lot of people — I know some other fans, fans that don’t follow him — thought that Pedro was as crazy as he looked sometimes when he was pitching. And Pedro is the most unbelievable human being that I have been around. Pedro is a Christian man, a man that thanks God every minute of his life. And just watching during the speech, (there) was no doubt about the human being that I know that was out there letting people know how the games get to be played.”

It was a performance, Ortiz said, that Pedro would have loved.

“He’d be hugging me all night,” he said before letting out a belly laugh. “Pedro, man, I’m telling you. That man, he’s special.” 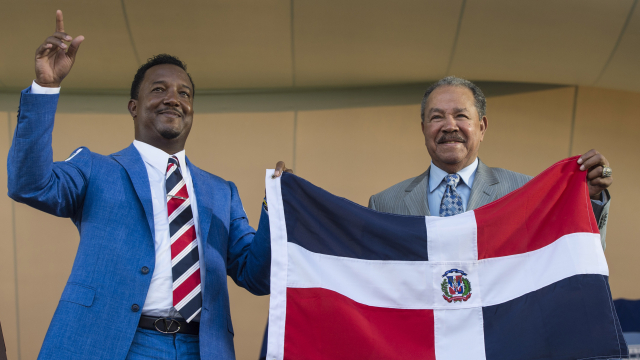 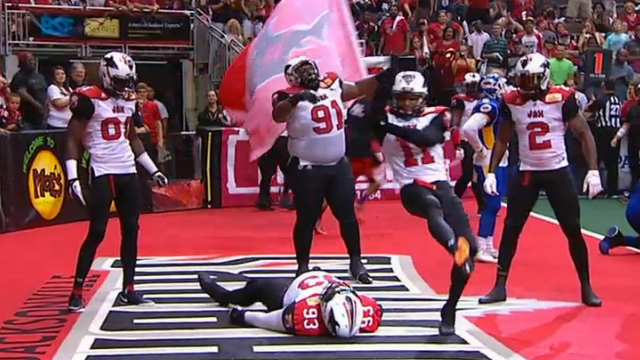