11:00 p.m.: It looks like that reported trade between the New York Mets and Milwaukee Brewers for Carlos Gomez won’t be happening.

9:55 p.m.: Cole Hamels could have a new team by Thursday, and it’s not the Boston Red Sox.

Here’s the parameters of Texas’ package for Hamels.

And of course, there are implications for other teams as the dominoes fall:

8:55 p.m.: The hold-up in the Marlins-Dodgers trade involving Mat Latos has been solved: There’s a third team.

It’s a nice haul for the Dodgers but, shocker, it’s not their endgame.

In other news, the New York Mets might be landing that bat they’ve been so desperately searching for.

6:00 p.m.: It looks like the reported Mat Latos trade to the Los Angeles Dodgers could be crumbling.

In other news, the New York Yankees apparently are players in the David Price market, according to CBS Sports’ Jon Heyman.

The interest comes after New York moved on from talks with the San Diego Padres for All-Star closer Craig Kimbrel and the Philadelphia Phillies for left-hander Cole Hamels, Heyman reports. Both teams reportedly asked for a package including at least one of the Yankees’ top four prospects.

The Yankees might not have what it takes to get that deal done, though.

3:50 p.m.: Once the first bit of news trickles out, it always seems to come in waves. In this instance, it sounds like David Price better have his suitcase packed and ready to go at the drop of a hat.

3:45 p.m.: If and when the Tigers move David Price and Yoenis Cespedes, here are some potential landing spots for them, per ESPN’s Jim Bowden.

3:33 p.m.: The Detroit Tigers had a dramatic win in Tampa Bay this afternoon, after nearly being no-hit by Tampa’s Chris Archer. However, the Tigers appear to be open for business, according to ESPN’s Jayson Stark.

This obviously could be a game-changer, as the Tigers have some solid pieces that could be of interest to teams across baseball. Most notably, David Price.

3 p.m.: If you’re waiting to see when Cole Hamels will be moved, you might need to be prepared to wait another day, maybe two, according to ESPN’s Jayson Stark.

2:50 p.m.: The New York Mets have no shortage of pitchers. Offense, however, is a little harder to come by in Queens.

The best match could be Bruce. The Reds, according to Heyman, have had interest in Mets pitcher Zack Wheeler, so maybe that’s something to keep an eye on moving forward.

2:30 p.m.: We mentioned earlier that the San Diego Padres might have something big in mind. Now, CBS Sports’ Jon Heyman reports the Padres and Chicago Cubs have had discussions about Cubs prospect Javier Baez.

As Heyman points out, the Padres have a collection of arms that could be of interest for a team like the Cubs. Heyman says the Padres have gotten calls on both Andrew Cashner and Tyson Ross.

Baez entered the 2014 season as Baseball America’s No. 5 prospect but has struggled with injuries this season after making his big league debut last year. Baez has spent all season in the minors, hitting 10 home runs and driving in 32 runs in 42 games.

2:26 p.m.: The Jose Reyes era in Colorado might be over before it even began. It’s not a huge surprise, but there are already reports the Rockies could end up flipping the veteran shortstop.

1:59 p.m.: The Blue Jays already made headlines with their blockbuster trade to pick up Troy Tulowitzki. Many quickly pointed out, however, that the Blue Jays’ biggest issue is their pitching.

1:10 p.m.: Things obviously always can change, but it sounds like the San Francisco Giants are out of the running for Cole Hamels.

12:45 p.m.: Jim Salisbury is a pretty connected guy among the Philadelphia sports media, so when he says something, people listen. The CSN Philly reporter just had this tidbit on Twitter.

12:10 p.m.: The Yankees could use a pitcher, right? Well, if David Price is made available, the Yankees are among a group of teams who could be involved in a bidding war, per USA TODAY’s Bob Nightengale.

Of course, the Tigers have a pretty big decision to make here. Price figures to be a very valuable trade chip, if the Tigers decide they want to let go of him. However, the Tigers still are in contention, and despite the fact that Price is a free agent after the season, he obviously would be a good guy to have around for a stretch run and into the playoffs. It’s shaping up to be one of the more fascinating storylines of the deadline season.

11:40 a.m.: The Dodgers might not be done improving their starting rotation. In fact, they could have sights set on landing an even bigger fish than Miami’s Mat Latos.

11:30 a.m.: While the Padres might be gearing up for a big move, their rivals, the Los Angeles Dodgers, are augmenting their pitching staff. The Miami Herald’s Clark Spencer is reporting the Dodgers are acquiring Miami Marlins right-handed pitcher Mat Latos.

11:27 a.m.: Things could be getting weird with the San Diego Padres. ESPN’s Jayson Stark says the Padres are gearing up for something big — maybe.

10:40 a.m.: Teams always are looking for bullpen help, but it’s difficult to recall a reliever like Aroldis Chapman being moved at a deadline. The Reds, according to ESPN’s Buster Olney, are getting offers for the flame-throwing lefty. Whether he ends up getting moved is a different story.

9:40 a.m.: The Phillies made it a little easier for the Nationals to acquire Jonathan Papelbon by taking on the rest of his 2015 salary, according to reports.

9:35 a.m.: The Boston Red Sox once were figured to be a virtual front-runner to acquire Cole Hamels from the Philadelphia Phillies. It now seems like a long shot that Boston ends up landing the lefty.

WEEI.com is citing a major league source saying that Hamels’ inclusion of the Red Sox on his no-trade list is making it difficult to envision the Red Sox and Phillies striking a deal. According to the report, the Phillies are looking at the 10 teams not on his list and teams that are showing “legitimate interest” in the left-hander.

9:05 a.m.: If you’re hoping your team is in the market for Rockies outfielder Carlos Gonzalez, you might have to wait a while. Gonzalez’s name started to surface after the Rockies trade Troy Tulowitzki, but ESPN’s Jerry Crasnick hears the Rockies might wait to unload the outfielder.

That makes sense because, as Crasnick points out, Gonzalez is red-hot right now. He’s hitting .395 in July with 10 home runs and 23 RBIs in 20 games. Add in the fact that he’s got a relatively team-friendly contract, and the asking price is going to be sky-high right now.

The MLB non-waiver trade deadline is set for Friday afternoon at 4 p.m. ET, but teams already have started to reshape their clubs with a handful of blockbuster deals going down long before the deadline.

The Houston Astros kicked things off by acquiring pitcher Scott Kazmir last Friday. The Kansas City Royals followed suit by acquiring Johnny Cueto from the Cincinnati Reds. Then it was the Toronto Blue Jays’ stealthy, late-night trade for Troy Tulowitzki from the Colorado Rockies. On Tuesday, Jonathan Papelbon finally got his wish and was traded from the Philadelphia Phillies to the Washington Nationals.

The crazy thing, of course, is we’re still far from done. There still are some game-changers on the market, with players like Cole Hamels, Aroldis Chapman, Jay Bruce and many more being floated around.

We’ll keep you updated with all of the latest starting Wednesday and leading all the way up to Friday’s deadline. Be sure to check the NESN.com live blog early and often. 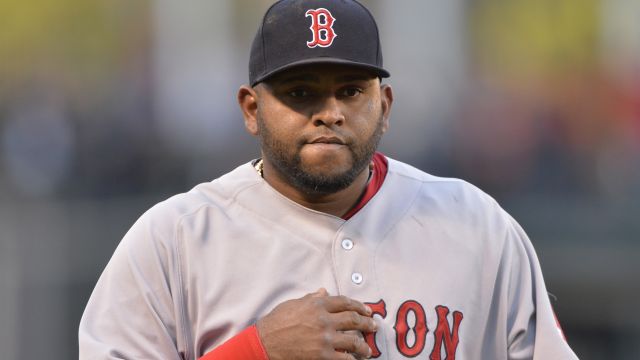 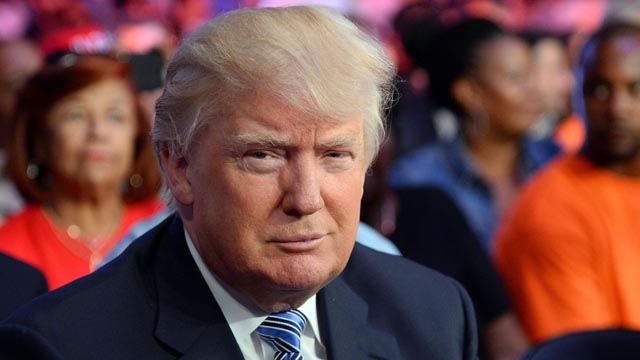