Mo’ne Davis throws her curveball like Los Angeles Dodgers pitcher Clayton Kershaw and her fastball, well, like Mo’ne Davis — even from a major league mound.

The 14-year-old took the world by storm last summer when she dominated the competition during the Little League World Series, and again showed off her skills Tuesday at Fenway Park when she threw out the first pitch before the Boston Red Sox’s game against the Miami Marlins.

Get this girl a uniform! Hopefully Dustin Pedroia’s hand is OK after that fireball.

Newly acquired Boston Bruins wingers Jimmy Hayes and Matt Beleskey also joined in on the fun, and kicked off the game with the traditional “Play ball” announcement.

Play Ball! With the help from the two newest members of the @nhlbruins, Matt Beleskey and Jimmy Hayes! 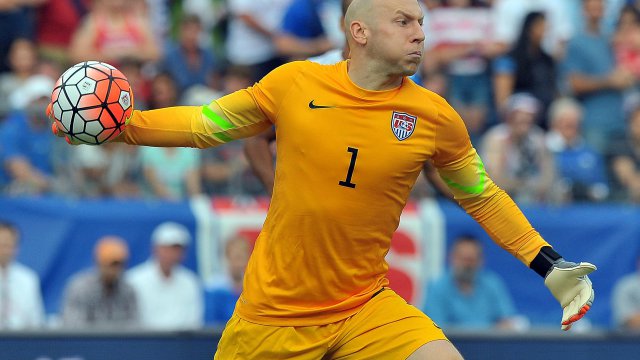