BOSTON — It might be another week before Mookie Betts returns to action for the Boston Red Sox.

Manager John Farrell said after Tuesday’s 9-4 loss to the Chicago White Sox that Betts was suffering from “symptoms consistent with a concussion” following his fall into the Red Sox’s bullpen earlier in the night.

“He’s being examined further right now,” Farrell said. “At a minimum, he’ll have to go through the MLB protocol to be cleared. So, before stating what he exactly has, we’ve got to get some further information from the tests.”

The incident came during the sixth inning, when the center fielder chased down a fly ball off the bat of White Sox first baseman Jose Abreu but proceeded to tumble over the bullpen wall, dropping the ball and landing hard on his back/head.

While the play was being reviewed — Abreu ultimately was awarded a two-run home run — Betts slowly walked toward the dugout, then sat down in the grass near first base. “He went through some field tests right there,” Farrell said, “and it was immediate to get him off the field and get him out of the game at that point.”

Farrell would not confirm the exact nature of Betts’ injury or how long it might sideline him for, but if he is, in fact, diagnosed with a concussion, a mandatory seven-day disabled list stint would follow. The Red Sox dealt with a similar situation last season involving catcher David Ross. 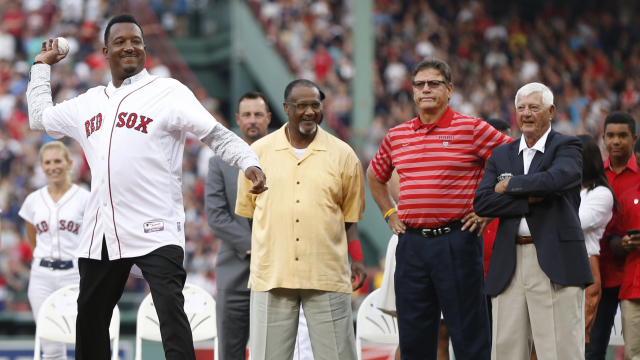