As a result, the Red Sox have placed the center fielder on the seven-day concussion disabled list and recalled outfielder Jackie Bradley Jr. from Triple-A Pawtucket to fill the open roster slot.

“Obviously, it was confirmed consistent with the symptoms (Wednesday) night and the further testing,” Farrell said. “It’s clear he’s got a concussion. The timetable for this is unknown, but every available test to rule out anything else — from the upper back, to the neck, obviously to his skull — all that was performed, and everything else has been ruled out, other than the fact that he’s got a concussion.”

Betts suffered the injury while attempting to haul in a Jose Abreu fly ball during Tuesday’s 9-4 loss to the Chicago White Sox. He caught the ball at the warning track but proceeded to vault over the wall of Red Sox’s bullpen, crashing down hard on his back and losing control of the baseball in the process.

Betts immediately exited the game and was replaced by Rusney Castillo, who will start Wednesday’s game in right field. Bradley will start in center, and second baseman Brock Holt will take over Betts’ usual spot atop Boston’s batting order.

Holt missed the first two games of the teams’ four-game series with a knee injury, though Farrell said he would have been available off the bench Tuesday if the need arose.

In other news, newly acquired infielder Josh Rutledge joined the team Wednesday after coming over from the Los Angeles Angels in the Shane Victorino trade.

“(Rutledge can) play all three infield positions,” Farrell said, “and we’ll rotate through there. We’re just getting him acclimated here (Wednesday), and hopefully get him on the field here soon.”

Reliever Jean Machi, whom the Red Sox claimed off waivers Monday, is expected to arrive in Boston on Wednesday night and be added to the roster Thursday, per Farrell. 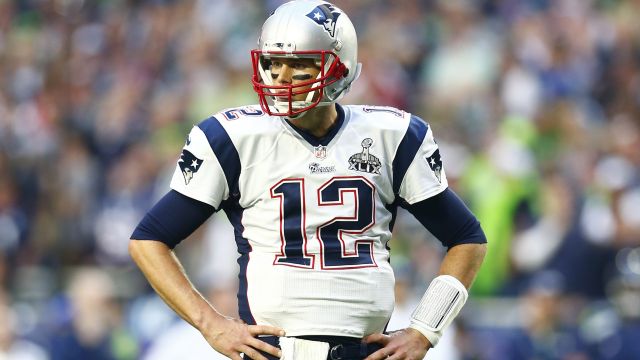