?What impressed me about Brock Holt is his versatility,? Yost said Monday night on ESPN?s All-Star selection show. ?I think that super utility guys should be celebrated. He?s played seven positions for the Boston Red Sox this year. He?s put up really good offensive numbers (while) moving around the field.”

The Red Sox sure know the value of Holt?s versatility. The 27-year-old has made starts at every position other than pitcher and catcher for the second consecutive season. He?s the only American League player to appear at all four infield positions and all three outfield positions in 2015, and he?s the first player ever to be named an All-Star after playing all of those positions prior to the All-Star break.

?When you?re putting together a team, versatility is important,? Yost said. ?You can put Brock Holt at any position and feel comfortable in the middle of the game. I just felt like he was very deserving of making the All-Star team.?

The All-Star selection is the first of Holt?s career. He?s hitting .295 with two homers, 21 RBIs and a .383 on-base percentage in 66 games this season while serving as a spark plug in the Red Sox?s offense. 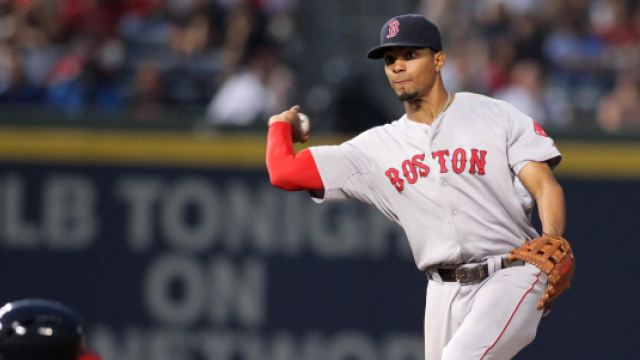