BOSTON — The Red Sox lost their second baseman and another game.

Dustin Pedroia landed on the 15-day disabled list with a right hamstring strain before Saturday?s game against the Detroit Tigers at Fenway Park. The Red Sox then suffered a 5-1 defeat, moving Boston to a season-worst-tying 12 games under .500 (42-54).

The Red Sox have lost nine of their last 10 games, including eight of nine since the Major League Baseball All-Star break. They?ve been outscored 45-16 so far in the second half.

Let?s run down some notes from Saturday.

— Pedroia?s injury is the same one that forced him to the DL last month. The four-time All-Star played in Boston?s first six games after the All-Star break but sat both Thursday and Friday. His hamstring suddenly turned black and blue, according to Pedroia.

An MRI performed Saturday determined another DL stint was necessary. Pedroia will receive a PRP injection Monday to treat the ailment.

There?s currently no timetable for Pedroia?s return, but the hard-nosed second baseman is trying to be smart about the injury. He already learned what can happen when you push too hard, too soon.

?I mean, can?t put dates on anything because if you do that, then you get in a situation like we?re in now,? Pedroia said. ?If you say, ?Oh, I?m going to be back first day after the break,? then you play five games and here we are.

?Whenever I?m healed, I?m going to come back and play. Sometimes, you?ve got to use your brain instead of your heart a little bit, which I?m not used to doing that.?

Pedroia played through injuries each of the last two seasons. It clearly hindered his performance at times, so there’s no sense risking further damage with his current ailment, especially given its delicate nature and the fact the Red Sox are so far back in the American League East.

— The Red Sox, who surrendered home runs to Yoenis Cespedes and Nick Castellanos in Saturday’s loss, have allowed more homers (18) than they?ve scored runs (16) since the All-Star break. Of Boston?s 45 runs allowed since the break, 23 have scored via home runs (51.1 percent).

— Blake Swihart had a rough day behind the plate, allowing four passed balls with knuckleballer Steven Wright on the mound. But the rookie recorded his first career triple and scored Boston?s only run.

It had been over a year since a Red Sox catcher tripled. The last Red Sox backstop to triple was A.J. Pierzynski on May 30, 2014, against the Tampa Bay Rays.

— David Ortiz hit a comebacker in the sixth inning that Tigers starter Alfredo Simon dropped after initially fielding cleanly. Ortiz, who began to jog down the line, started to hustle again after Simon?s drop, but it was too late. Simon picked up the baseball and fired to first for the second out of the inning.

Ortiz likely would have been out even if he hustled the whole way. The situation led to some boos, however, and Red Sox manager John Farrell was asked after the game if he was satisfied with Ortiz?s effort on the play.

?When (Simon) drops the ball, all of a sudden, (Ortiz) shifts gears and takes off again,? Farrell said. ?You?re obviously looking for consistent effort all the way down the line. That wasn?t the case in that situation.?

— Ortiz also was thrown out at the plate in the second inning while trying to score from second base on a single to left field. It was a bad send by third base coach Brian Butterfield. Yoenis Cespedes has a cannon attached to his shoulder and there were no outs in the inning.

“We’re forcing to try and score some runs,” Farrell said of the play. “Recognize with nobody out in that situation, we’re forcing (Cespedes) to throw a strike. He’s got to range over to the line to get a ball he’s moving side to side. I thought David was at third base in ample time to send him. Cespy throws a strike and unfortunately it doesn’t work out.”

When you’re averaging 1.8 runs per game over your last nine contests, you have to take some chances. That just wasn’t the spot to do so. 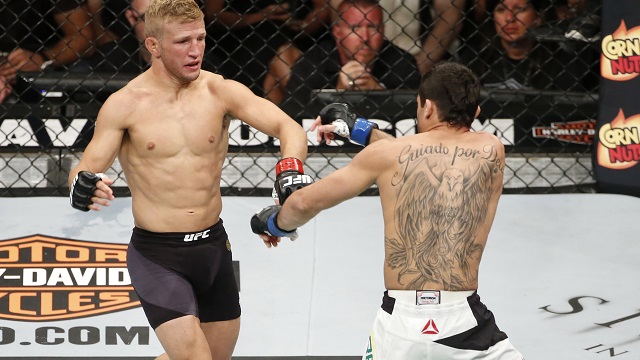