Tom Brady could learn his fate in the Deflategate fiasco in a matter of days, but the looming decision isn’t exactly keeping him up at night.

The New England Patriots quarterback apparently is far away from the football world, which awaits with baited breath Roger Goodell’s verdict on Brady’s appeal of his four-game suspension.

We’re not sure where Brady and his daughter are in this picture, but it’s certainly not Goodell’s office.

The current stretch traditionally is when NFL players get away before training camp begins in late July, so it’s good to see Brady is taking advantage with a little R&R. Judging by everything he’s about to deal with this season, he’ll certainly need it. 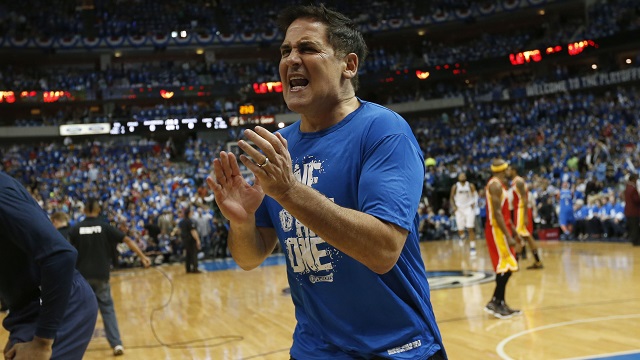