Tom Brady’s fate, in the eyes of the NFL, largely centered around a destroyed cell phone.

The NFL announced Tuesday that commissioner Roger Goodell had upheld the New England Patriots quarterback’s four-game suspension for his alleged role in Deflategate and failing to cooperate with the investigation. Goodell detailed in a 20-page letter that Brady was unwilling to hand over his cell phone and had destroyed it.

“The most significant new information that emerged in connection with the appeal was evidence that on or about March 6, 2015 — the very day he was interviewed by Mr. Wells and his investigative team — Mr. Brady instructed his personal assistant to destroy the cellphone that he had been using since early November 2014, a period that included the AFC Championship Game and the initial weeks of the subsequent investigation. During the four months that it was in use, almost 10,000 text messages were sent or received by Mr. Brady using that cellphone. At the time he arranged for its destruction, Mr. Brady knew that Mr. Wells and his team had requested information from that cellphone in connection with their instigation. Despite repeated requests for that information, beginning in mid-February 2015 and continuing during his March 6, 2015 interview by the investigators, information indicating that Mr. Brady might have destroyed his cellphone was not disclosed until months later, on June 18, 2015, and not confirmed until the day of the hearing itself.”

However, as Goodell points out:

“Mr. Maryman was not given access to the cellphone that Mr. Brady had used between November 6, 2014 and March 5 or 6, 2015, the period that included the AFC Championship Game, its immediate aftermath, and the first six weeks of the investigation. As a result, the substance of relevant text messages on that cellphone was not, and could not be, reviewed. All we know is that Mr. Brady exchanged nearly 10,000 text messages with many individuals over this period of approximately four months.”

Brady explained during his appeal that he routinely destroys cellphones and SIM cards after using them, but Goodell apparently didn’t believe that excuse.

“At the hearing, Mr. Brady testified that it is his practice to destroy (or give to his assistant to destroy) his cellphone and SIM cards when he gets a new cellphone. Mr. Brady also testified that, based on his typical practice, he would have asked to have the existing cellphone destroyed at or about the same time that he began using his new cellphone. According to records provided by Mr. Brady, he began using a new cellphone — and based on what Mr. Brady and his counsel described as his ordinary practice, gave his old cellphone to his assistant to be destroyed — on or about March 6, 2015, the very day that he met with Mr. Wells and his team to be questioned about the tampering allegations.

“Even though the prior request for his request for his text messages was discussed during that interview, neither Mr. Brady nor his counsel ever advised Mr. Wells that the cellphone that Mr. Brady had used during the key time period had been destroyed. During the four months that Mr. Brady used that cellphone, he exchanged nearly 10,000 text messages with a wide range of individuals. Following the appeal hearing, Mr. Brady’s representatives provided a letter from his cellphone carrier confirming that the text messages sent from or received by the destroyed cellphone could no longer be received.”

“Mr. Brady explained that when he changes cellphones, he gives his old cellphone to an assistant to ‘destroy the phone so that no one can ever, you know, reset it or do something where the information is available to anyone.’ But this conflicts with the fact that the cellphone that he used prior to November 6, 2014, was, in fact, available for Mr. Maryman’s review. Had Mr. Brady followed what he and his attorneys called his ‘ordinary practice,’ one would expect that the cellphone that he had used prior to November 6, 2014 would have been destroyed long before Mr. Maryman was hired. No explanation was provided for this anomaly.

Click to read the full ruling on Brady’s suspension >> 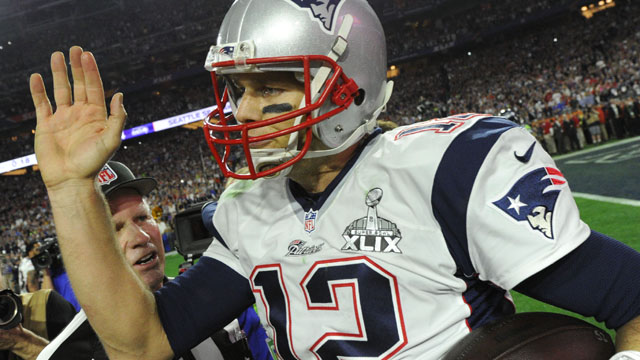