USA-Honduras Wrap: Clint Dempsey Stars At Night In Texas And Two Other Lessons From Win - NESN.com Skip to content

The United States men’s national soccer team should be thankful Clint Demspey feels at home in Texas. Otherwise, Gold could have turned to dust.

Dempsey scored both goals in the United States’ 2-1 win over Honduras on Tuesday night at Toyota Stadium in Frisco, Tx., in their 2015 CONCACAF Gold Cup opener. Dempsey headed in goals in each half, pulling Team USA out of a rut of Honduras’ making and salvaging three points from a performance that failed to meet expectations.

Team USA head coach Jurgen Klinsmann stripped Dempsey of the captaincy — in favor of Michael Bradley — ahead of the tournament. Klinsmann then challenged Dempsey to respond positively and lead the tournament in goal scoring.

How’s that for a response?

Dempsey’s goals were prototypically Dempsey-esque. His first header was a quick reaction to a rebound from inside the goal-mouth. His second was a header from a similar location. Both came in set-piece situations amid a scrappy game in which rhythm and quality were lacking, and fight and focus were at a premium.

It’s fitting Dempsey shined brightest and did what he always does in Texas — his home state. Who on Team USA knows better than Dempsey how to emulate the stars on a stiflingly hot night deep in the “Lone Star State”: shine big and bright.

Klinsmann might have relieved Dempsey of his more ceremonial responsibilities, but the 32-year-old forward remains as important as ever to Team USA’s cause.

We also learned a few other things from USA-Honduras:

Bradley’s 100th game for the Untied States
Michael Bradley hit the century mark in terms of national-team appearances once the game began but the boss in the middle struggled to impose himself on the flow of the game because Honduras’coordinated high-pressing defense disrupted Team USA’s attacking play. Nevertheless, Bradley registered an assist on Dempsey’s second goal and put Honduras goalkeeper Donis Escober into several uncomfortable situations by shooting set pieces most would expect him to pass.

Bradley didn’t dominate play or control the game’s tempo, as he often does, but still had a tangible impact on the outcome. That occasionally happens when a player plays a lot of games.

Just win, baby
Team USA is expected to win the tournament and is willing to do so by any means necessary. They didn’t craft many scoring chances but made the most of the ones that came their way. Honduras’ marking on the goal-producing set pieces was dreadful. Team USA punished Honduras’ mental errors, as good teams are wont to do.

Honduras likely will be Team USA’s toughest opponent in the group stage of the tournament. Team USA will work out further kinks against Haiti and Panama before re-tooling for its assault on the trophy in the knockout rounds.

The week-long training camp and lone exhibition didn’t give Team USA much time to reach its peak before the tournament. In short, Team USA will improve over the course of July. Standing still or regressing from this performance would be disastrous. 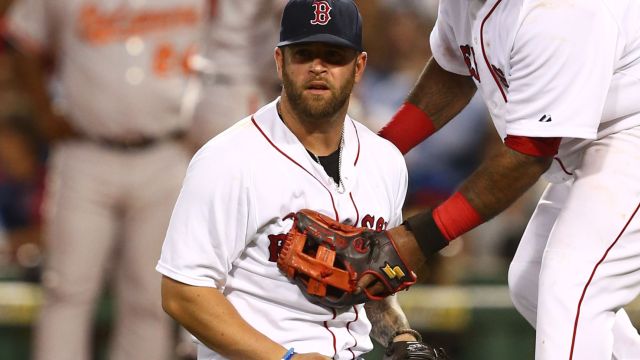 Mike Napoli Vows To ‘Keep Grinding’ Through Struggles: ‘I’m Not A Quitter’ 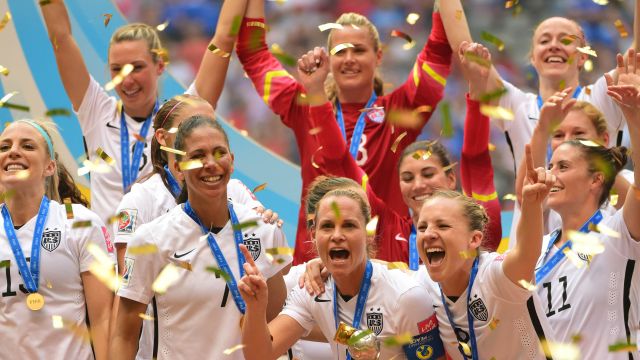