Ben Cherington spoke with reporters before Thursday night?s game against the New York Yankees at Yankee Stadium, at which point the Boston Red Sox general manager expressed optimism about the statuses of pitcher Brian Johnson and outfielder Mookie Betts.

According to Cherington, tests revealed no evidence of structural damage in Johnson?s ailing left elbow. The left-hander was placed on the seven-day disabled list at Triple-A Pawtucket earlier this week after experiencing soreness and inflammation in the ulnar nerve area.

“He was feeling something in his forearm,” Cherington said. “There was some inflammation in and around the joint. We’re confident it can be treated conservatively, and optimistic he’ll be throwing again in not too long. No timetable.

“We did the diagnostics, and no evidence there’s anything going on with the ligament or anything other than conservative treatment.”

Johnson first felt soreness in the fourth inning of his last start Sunday for the PawSox, according to the Providence Journal?s Tim Britton. The lefty finished the inning but didn?t return. He threw just 60 pitches.

“It started barking at me early in the inning, and I thought maybe I was just trying to do too much,” Johnson told Britton on Thursday. “I never once in my life had elbow problems or really arm problems, so it was very different. It’s weird having that. I’ve never really dealt with anything like that before.”

Johnson, who made his major league debut July 21 against the Houston Astros, was expected to rejoin Boston?s big league rotation in short order. Those plans obviously are on hold as Johnson treats his injured elbow, but it sounds like the 24-year-old might have dodged a bullet.

Betts, meanwhile, is inching toward a return to the lineup. He visited with concussion specialist Micky Collins as a precautionary measure Thursday in Pittsburgh, but everything checked out OK.

“As far as I know, the report was good,” Cherington said. “He’s passing the tests that he needs to pass. Hopefully, maybe, he’ll rejoin the team in Detroit (this weekend) and then hopefully be much closer to baseball activity.”

The 22-year-old outfielder was placed on the seven-day concussion DL last week after tumbling into the Red Sox?s dugout at Fenway Park while chasing a fly ball July 28 against the Chicago White Sox. 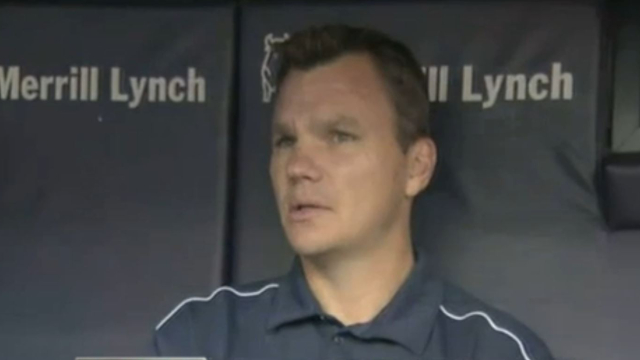