A UFC bantamweight bout between Ronda Rousey and Cris “Cyborg” Justino could be happening in a few months. Maybe.

The rumblings started when Justino’s former manager and UFC Hall of Famer Tito Ortiz told “Inside MMA” on Friday that UFC offered Justino the chance to fight Rousey at UFC 194, which is set for Dec. 5 and is rumored to take place at AT&T Stadium.

“I’ve heard from Cris, actually, that the fight that’s supposed to be happening at the (Dallas) Cowboys’ arena (is where she’ll fight Rousey),” Ortiz said, per FOXSports.com. “They offered the fight to Cris. I know her management said yes and I’ve told her, ‘Let’s do it.’ So I guess the ball’s all in Ronda’s corner, and Ronda wants to do it. (UFC president) Dana (White) said if Cris came down to 135 they’ll make the fight happen, so let’s see if Ronda accepts the fight.”

However, White remembers these conversations quite differently.

“That was a complete lie,” White told Yahoo! Sports on Saturday. “It’s 100 percent a lie. First of all, the UFC doesn’t even talk to Tito Ortiz, so let’s start there. But we haven’t offered any fight to (Cyborg). Tito Ortiz is just making this s— up. In no way, shape or form did we offer her a fight against Ronda at Cowboys Stadium. Completely untrue.”

Justino herself added to the drama by posting on Facebook that she and Ortiz weren’t lying and that she’d be ready to drop to 135 pounds and fight Rousey in December. Justino’s manager and attorney George Prajin also gave a statement to ESPN.com, but he never explicitly said the fight was offered to his client.

“I can confirm that I had multiple conversations with the UFC in the last week regarding Cris and a potential fight (against Rousey) in December,” Prajin said. “I can also confirm the end result of those conversations is that Cris is agreeable to fighting Ronda on Dec. 5 at Cowboys Stadium (at 135 pounds).”

The rumors earlier this month had been that UFC 194 would feature a mega-card with bouts between Jose Aldo and Conor McGregor and Rousey against Miesha Tate. It’s entirely possible UFC also explored the possibility of putting Justino on that card, but it remains to be seen if she can actually safely drop from 145 to 135 pounds that quickly. 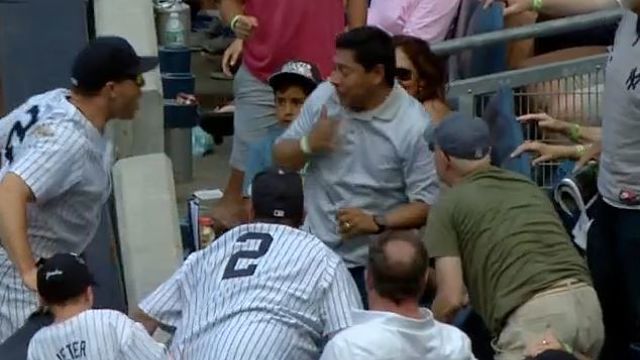