The Boston Red Sox left-hander has been somewhat of an enigma throughout his first major league season — he’s either borderline ace-like or a disaster waiting to happen. On Wednesday, he clearly was the latter.

Facing the Miami Marlins in the finale of a two-game series, Rodriguez allowed a home run to the first batter he faced, was touched for three more runs in the second inning and — after recovering to toss three scoreless frames — came completely unglued in the sixth.

He failed to record an out in the inning, instead allowing four hits (three singles and a triple) and four earned runs as the Marlins plated a total of 10 in the fifth to blow the game wide open. Miami coasted the rest of the way to win 14-6, sealing a series sweep. Rodriguez was charged with eight of those runs, raising his ERA from 4.17 to 4.83.

“Early on, a couple of right-handers in the bottom half of the order squared him up,” manager John Farrell told reporters after the game, as aired on “Red Sox Extra Innings LIVE.” “But then he settled into what I thought was a really good rhythm. The pace in which he worked, the strike-throwing. He retires eight in a row before going out for the start of the sixth inning.

“And even with a lefty (Marlins first baseman Justin Bour) leading off who he retired a couple of times on a popup and a check-swing, a breaking ball’s left up in the zone, and then the inability to get anybody out. It’s surprising the sixth inning played out like it did with Eddie on the mound given the three previous innings.”

Rodriguez, who has allowed two or fewer runs in nine of his 14 starts but six or more in four others, has been called out for tipping his pitches this season, which gives hitters a leg up in the opposition’s second and third time through the order.

Farrell, however, said tipping was not the issue Wednesday.

“I thought (Wednesday), when they showed a replay after a base hit, he pulled some pitches across the plate,” he told reporters. “Missed to his on side on a couple of occasions. To say this is all the result of tipping, I’m not going there. And I know that that becomes kind of the common theme that people will look to seek out, but to me it was more, he got behind in some counts, fastballs found the middle of the plate, and they squared them up.” 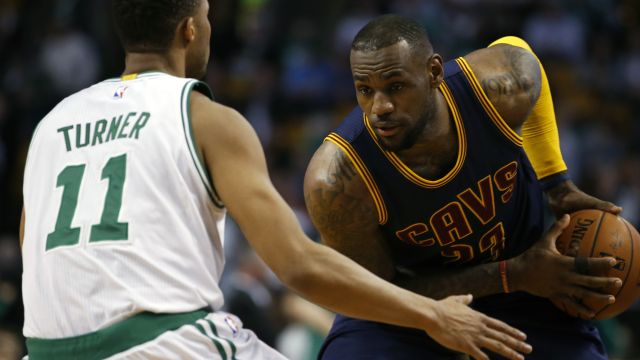 Boston Celtics 2015-16 Schedule: Eight Dates To Circle On Your Calendar