For every 2012 Doug Martin, there?s a 2014 Bishop Sankey. While the rest of the world was busy drafting guys like Kelvin Benjamin and Brandin Cooks last year, fantasy football owners who picked up Odell Beckham Jr. and Mike Evans on the waiver wire really reaped the benefits.

Rookie production is a crapshoot and relies on so many factors besides skill, but most important is the ability to get and stay on the field, as well as what other competition sits in the way. In short: health, development and opportunity.

With that in mind, here are five rookies we do like and five we don?t heading into the 2015 NFL season.

DRAFT
Jameis Winston, QB, Tampa Bay Buccaneers (Bye Week: 6)
Winston arguably is the best QB prospect we?ve seen since Andrew Luck, and he has two incredibly talented, big wide receivers in Mike Evans and Vincent Jackson. If Mike Glennon and Josh McCown can throw touchdown passes to those two, Winston certainly can. Don?t draft him as your starter, but don?t hesitate to grab him as a backup.

Amari Cooper, WR, Oakland Raiders (Bye Week: 6)
Raiders QB Derek Carr impressed in his rookie campaign and should build on that. It helps having such a talented receiver like Cooper in the mix now, and he?s the clear-cut No. 1 receiving option unless there?s a setback. He should be a solid WR2 play — at least — by season?s end.

Kevin White, WR, Chicago Bears (Bye Week: 7)
Yes, White is starting the season on the PUP list, and that probably will hurt his rookie season to some degree. But he?s far too talented not to make an impact. He?ll step directly into the Bears’ No. 2 receiver role in Brandon Marshall?s absence. While defenses focus on Alshon Jeffery, Matt Forte and Martellus Bennett, White will reap the rewards all season.

Maxx Williams, TE, Baltimore Ravens (Bye Week: 9)
Ravens QB Joe Flacco loves his tight ends, and Williams should be the No. 1 option. Dennis Pitta?s future is in question after numerous injuries, and given what Flacco did with an aging Owen Daniels, there?s no reason to believe Williams can?t thrive. He was the best tight end prospect in the draft, and he runs with similar speed and agility to Rob Gronkowski. If Williams is even half as good as Gronk, he?ll be a nice piece to your team.

Melvin Gordon, RB, San Diego Chargers (Bye Week: 10)
The Chargers didn?t have a No. 1 running back last season, as guys like Branden Oliver had spotty brilliant stretches, so Gordon should step right in, win the job and produce. He should be the best rookie running back.

DON’T DRAFT
Todd Gurley, RB, St. Louis Rams (Bye Week: 6)
Gurley still is recovering from a torn ACL in his left knee, which only gives second-year pro Tre Mason more opportunity to show his Rams coaches that he should be the No. 1 guy. Between his limited participation in practice and Mason in his way, Gurley shouldn?t be anything more than a guy you stash away on your bench — and only if your other needs are filled.

Marcus Mariota, QB, Tennessee Titans (Bye Week: 4)
All reports out of camp have Mariota thriving after making adjustments from minicamp earlier this summer, but the Titans still are a bad team. Mariota’s receivers are mediocre at best, and even if he develops a nice rapport with tight end Delanie Walker, it won?t be enough to translate to fantasy success.

Brashad Perriman, WR, Baltimore Ravens (Bye Week: 9)
Despite what we said about Maxx Williams above, we?re not expecting Perriman to thrive. He?s being compared to Torrey Smith, who never has been a solid fantasy option. Add in rookie inconsistency and Flacco?s inability to develop a reliable fantasy output with receivers, and Perriman isn?t a promising option.

Ameer Abdullah, RB, Detroit Lions (Bye Week: 9)
Abdullah is stepping into the Reggie Bush role, which doesn?t bode well. If Bush couldn?t thrive in that position, why would a rookie? Joique Bell and Theo Riddick also will get plenty of touches, making Abdullah a shaky fantasy option.

DeVante Parker, WR, Miami Dolphins (Bye Week: 5)
Parker still is a huge question mark for the Dolphins after having foot surgery in June. He?s losing valuable time to make a connection with QB Ryan Tannehill with every practice he misses, and with Kenny Stills, Greg Jennings and Jordan Cameron also looking for passes, Parker?s fantasy prowess as a rookie remains in doubt. 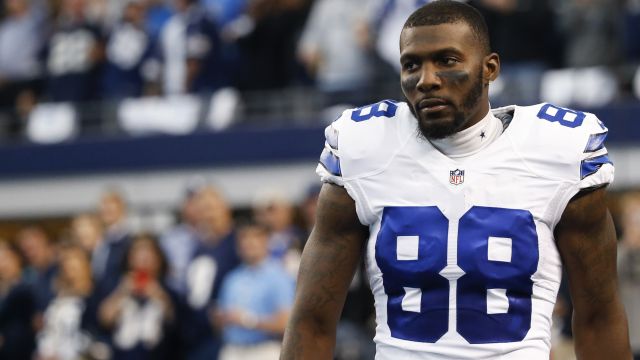 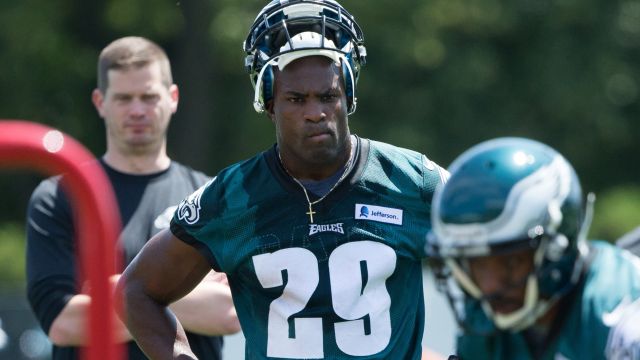 Fantasy Football Preview 2015: 10 Players You Shouldn’t Draft In Round 1