We love the big names in fantasy football. They’re sexy, look good on paper and even can help you pull off that one-sided trade you so desperately needed (or can?t believe you stupidly accepted).

But fantasy football is different than the NFL. Joe Flacco is a very good quarterback for the Baltimore Ravens, but you?d be laughed out of your fantasy league if you drafted him anywhere earlier than the latter rounds as a backup (if that).

Star pedigrees don?t help you win your league. Former fantasy studs fade, and drafting one can make or break your season. So before you jump the gun and skip that high-profile sleeper named Kelvin Benjamin to draft legendary Larry Fitzgerald, think twice and do your homework.

Here are 10 fading stars to avoid in your fantasy football draft. Many of these players still will be productive, but fantasy football is about value, so if you?re going to draft any of them, don?t overdo it. Pick your spot wisely — preferably later in your draft.

Doug Martin, RB, Tampa Bay Buccaneers (Bye Week: 6)
The only thing preventing us from calling Martin?s breakout 2012 rookie campaign (1,454 yards, 11 TDs; 49 catches, 472 yards, one TD) a fluke is the fact he hasn?t been able to stay on the field for a full season since then because of injuries. He has played in 17 total games in his last two seasons, totaling just 952 yards and three TDs on the ground.

Cam Newton, QB, Carolina Panthers (Bye Week: 5)
Newton thrived in his rookie season, but the Panthers since have asked him to stay in the pocket and change who he is. After rushing for 22 TDs in his first two seasons, Newton had just 11 in his next two. He also has taken 587 hits — 270 more than any other QB since 2011 — and suffered broken ribs and a nagging ankle injury. Newton will have to do it all again this season with Kelvin Benjamin sidelined, making him even more of an injury risk.

Brandon Marshall, WR, New York Jets (Bye Week: 5)
It defies logic that Marshall is at his best when Jay Cutler throws him the ball, but it?s true — extending all the way to their days together in Denver. In the five seasons in which Marshall was a starter, healthy and had Cutler as his QB, he averaged 1,302 yards and nine touchdowns and never caught less than 100 passes. In the other three seasons? He averaged 983 yards, 5.6 touchdowns and 76 catches. If that?s not enough to deter you, do you really trust Geno Smith?

Nick Foles, QB, St. Louis Rams (Bye Week: 6)
If Foles actually manages to stay healthy, who exactly is he going to throw to in St. Louis? Tavon Austin arguably is the best receiver on the Rams’ roster, but he caught just 31 passes last season and didn’t score a touchdown. Foles always will have the 27-TD, two-INT season from 2013, but until the 26-year-old plays 16 games and passes for 3,000 yards, we aren?t banking on him.

Antonio Gates, TE, San Diego Chargers (Bye Week: 10)
A four-game PED suspension to start 2015 really sets back the 35-year-old. Don?t let his 12 TDs last season fool you — Gates is on the decline. He might be Philip Rivers? favorite target, but you probably can pick up Gates on the waiver wire headed into Week 5 or later in the season if you?re really in need.

Frank Gore, RB, Indianapolis Colts (Bye Week: 10)
The Indianapolis Colts won’t stop throwing the ball just because Gore now is on their team. Andrew Luck is a top-five quarterback and just threw for a career-high 40 TDs and 4,761 yards. The Colts added All-Pro wide receiver Andre Johnson and drafted receiver Phillip Dorsett in the first round to join T.Y. Hilton. Between those three players and tight ends Dwayne Allen and Coby Fleener, there likely won’t be many red-zone opportunities for Gore.

Larry Fitzgerald, WR, Arizona Cardinals (Bye Week: 9)
Fitzgerald hasn?t caught 90 passes since 2010 or reached 1,000 yards since 2011, and quarterbacks Carson Palmer and Drew Stanton can?t be relied on to get him the ball. His two touchdowns last season were a career low and fewer than Cardinals teammates Michael Floyd, John Brown and Stepfan Taylor. 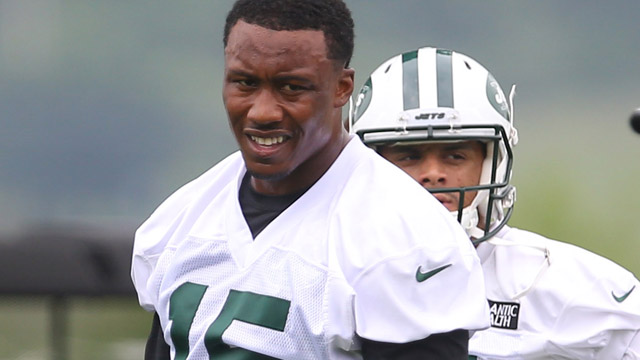 Fantasy Football Preview 2015: 10 Players Most Likely To Be Busts On Your Team 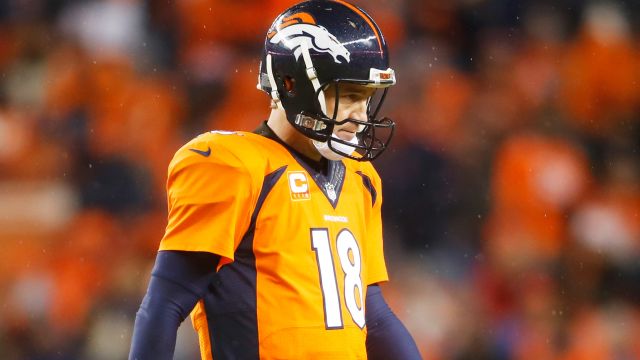