The NFL’s evolution into a pass-first league has made tight ends a more important part of fantasy football.

Therefore, it’s critical to select a tight end in the first five or six rounds. Don’t wait until everyone starts taking them before drafting one.

Here are the top 20 fantasy tight ends entering the 2015 season.

1. Rob Gronkowski, New England Patriots (Bye Week: 4)
2014 stats: 82 receptions, 1,124 yards, 12 TDs
Easily the best tight end the league, Gronk is a lock for 1,000-plus yards and at least 10 touchdowns if he’s healthy in 2015. He’s also the best red-zone target in the league and playing with an elite, motivated quarterback in Tom Brady.

2. Jimmy Graham, Seattle Seahawks (Bye Week: 9)
2014 stats: 85 receptions, 889 yards, 10 TDs
Graham didn’t rack up a ton of yards last season, but his touchdown total still was strong, and it should remain that way in a very good Seattle offense led by quarterback Russell Wilson. Graham still is an elite tight end and should be drafted accordingly.

6. Jason Witten, Dallas Cowboys (Bye Week: 6)
2014 stats: 64 receptions, 703 yards, 5 TDs
Witten is the model of consistency at tight end and has been a trustworthy option for fantasy owners for a long time. His 2014 numbers weren’t astounding, but he does play in a well-balanced offense led by quarterback Tony Romo.

7. Dwayne Allen, Indianapolis Colts (Bye Week: 10)
2014 stats: 29 receptions, 395 yards, 8 TDs
Allen emerged as the top tight end for Colts quarterback Andrew Luck last season. His eight touchdowns were quite impressive, and although that mark might not be sustainable, he should see increases in receptions and receiving yards next season.

8. Zach Ertz, Philadelphia Eagles (Bye Week: 8)
2014 stats: 58 receptions, 702 yards, 3 TDs
Ertz is a pretty reliable tight end and should perform well in PPR leagues. He’s not a touchdown monster by any means, but a slight increase from his three TDs in 2014 certainly is realistic.

9. Antonio Gates, San Diego Chargers (Bye Week: 4)
2014 stats: 69 receptions, 829 yards, 12 TDs
Gates has a four-game suspension for PEDs to begin the season, but he still should be a top-tier tight end when he returns. He tied for the lead in touchdowns among tight ends last season and is one of Chargers quarterback Philip Rivers’ most trusted targets.

10. Jordan Cameron, Miami Dolphins (Bye Week: 5)
2014 stats: 24 receptions, 424 yards, 2 TDs
Injuries ruined Cameron’s fantasy value last season, but he’s shown enough promise to be labeled as a top 15 tight end entering the 2015 campaign. By going from Cleveland to Miami, he will play in a better offense with an improving quarterback in Ryan Tannehill.

11. Josh Hill, New Orleans Saints (Bye Week: 11)
2014 stats: 14 receptions, 176 yards, 5 TDs
Hill could be a fantasy star as the man who likely will replace the void created by Jimmy Graham, who was traded to the Seahawks. He had 14 catches in limited snaps last season, but five of them were for touchdowns.

12. Delanie Walker, Tennessee Titans (Bye Week: 4)
2014 stats: 63 receptions, 890 yards, 4 TDs
Marcus Mariota will need someone to throw to this season, and the No. 2 draft pick should target Walker often. He’s a quality red-zone threat and picks up plenty of yardage after contact.

13. Owen Daniels, Denver Broncos (Bye Week: 7)
2014 stats: 48 receptions, 527 yards, 4 TDs
Daniels should see an increase in production during his first year with the Broncos and Peyton Manning. He likely will see a lot of the snaps Julius Thomas received before he went to the Jaguars this offseason.

15. Julius Thomas, Jacksonville Jaguars (Bye Week: 8)
2014 stats: 43 receptions, 489 yards, 12 TDs
Fantasy owners already should be cautious of Thomas because he went from an elite Broncos offense led by Peyton Manning to a struggling Jaguars offense led by Blake Bortles. Now, he’s expected to miss 4-5 weeks with a right hand injury. He can be a viable option when he returns, but his numbers will be nowhere near his 2014 totals.

16. Larry Donnell, New York Giants (Bye Week: 11)
2014 stats: 63 receptions, 623 yards, 6 TDs
Donnell enjoyed a bit of a breakout season in 2014 and should improve in 2015 with more experience and a better rapport with quarterback Eli Manning. He’s a solid sleeper pick.

17. Jordan Reed, Washington Redskins (Bye Week: 8)
2014 stats: 50 receptions, 454 yards, 0 TDs
It was a bad season from a fantasy perspective for just about everyone on the Redskins offense in 2014. That said, Reed still managed to catch 50 passes. An improved Robert Griffin III should help Reed haul in a few more touchdowns.

18. Kyle Rudolph, Minnesota Vikings (Bye Week: 5)
2014 stats: 24 receptions, 231 yards, 2 TDs
Rudolph missed seven games in 2014 and eight in 2013 because of injuries, so durability certainly is a concern. That said, he has proven to be a quality tight end when healthy and would be a great target for Vikings quarterback and reigning Rookie of the Year winner Teddy Bridgewater.

19. Tyler Eifert, Cincinnati Bengals (Bye Week: 7)
2014 stats: 3 receptions, 37 yards, 0 TDs
Injuries limited Eifert to just a single game last season. Eifert had a solid rookie season in 2013, though, and if he’s healthy, he’s certainly capable of being a top 20 tight end in a Bengals offense that features plenty of playmakers and an above average quarterback.

20. Austin Seferian-Jenkins, Tampa Bay Buccaneers (Bye Week: 6)
2014 stats: 21 receptions, 221 yards, 2 TDs
Seferian-Jenkins is primed for a breakout sophomore campaign in a Buccaneers offense that features top-tier receivers Vincent Jackson and Mike Evans, as well as No. 1 draft pick Jameis Winston. He also could make a strong impact in the red zone at 6-foot-5 and 226 pounds. 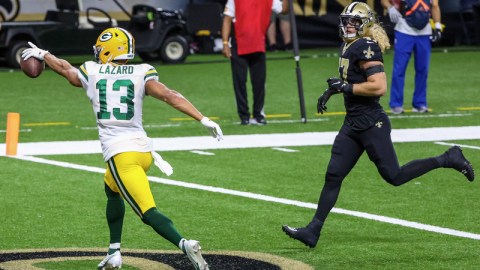 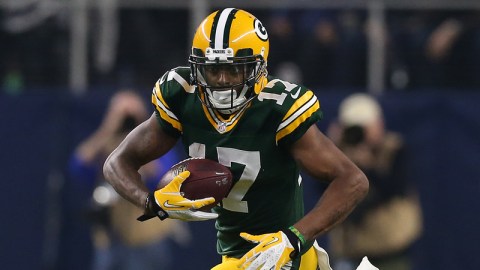 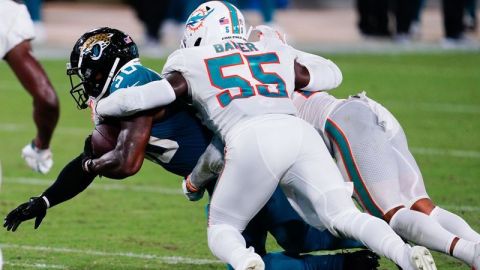