Golfer Has The Worst Time Trying To Hit Ball Out Of Water Hazard (Videos) - NESN.com Skip to content

Peter Malnati just wanted to get his ball back on dry land. To say he failed to do so would be an understatement.

The Web.com tour golfer had an especially rough go of it on Hole 12 in the opening round of the WinCo Foods Portland Open on Thursday. Malnati found himself in a very tricky spot at the edge of a water hazard but decided to roll up his pant legs and hack his way out.

Here’s what happened next.

Not only did Malnati’s ball roll right back to him, he also splattered himself with mud during his swing, prompting this sad but hilarious reaction.

The poor guy was forced to take the drop on his next shot and finished with a double bogey, not to mention a very muddy shirt.

Get ’em next time, Peter. 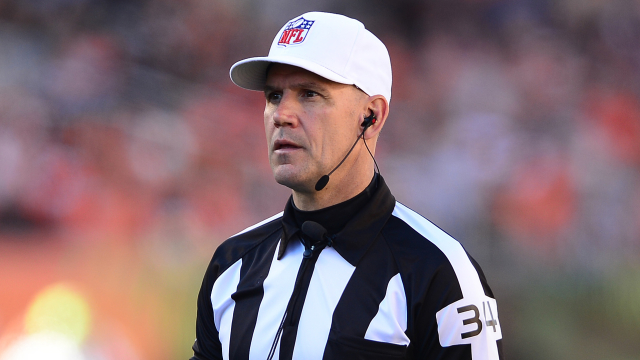