James Milner has already seen enough to be confident Liverpool has the midfield options to implement the energetic approach wanted by Brendan Rodgers.

The No.7 made his first Anfield appearance as a Reds player Monday evening, as a 1-0 win was secured over Bournemouth through Christian Benteke?s strike.

An unchanged lineup had been named by the manager, meaning Milner ?- the recently-appointed vice-captain -? again paired with Jordan Henderson in the center.

But an injury to the skipper forced a reshuffle early in the second half.

Milner took the armband for the remainder, while Emre Can was brought on. Adam Lallana also dropped into midfield later in the game as Liverpool preserved the three points.

?It depends how the manager wants to play ?- two or three, or one of us sitting or moving out,” Milner told Sky Sports about the various setups available to Rodgers. “There?s plenty of energy in there.

?There?s a lot of options for us and a lot of different styles of players, and a lot of energy. That?s how we want to play. We want to move the ball, but we want to put teams under pressure as well when they have it.?

The gritty victory against Bournemouth followed Liverpool?s success at Stoke on the opening weekend of the new season.

Only four sides in the Barclays Premier League have won both of their two matches so far.

That maximum record, and consecutive shutouts, will be put on the line when the Reds journey to the Emirates Stadium to meet Arsenal next Monday night.

Read more from Milner on LiverpoolFC.com >> 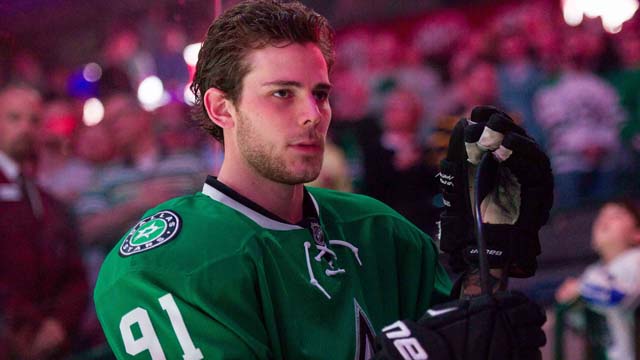 Tyler Seguin: It Was ‘Real Tough’ To Keep Mouth Shut After Bruins Trade