Garoppolo was 20 of 30 for 159 yards with one interception in the New England Patriots’ preseason opener, a 22-11 loss to the Green Bay Packers. His subpar performance can be excused, however, because injuries to Nate Solder, Ryan Wendell, Bryan Stork, Marcus Cannon and Sebastian Vollmer forced the Patriots to start Chris Barker, Shaq Mason, David Andrews, Tre’ Jackson and Cameron Fleming — three rookies, a second-year player and a player who spent last season on the practice squad — along the offensive line. Garoppolo was sacked seven times.

Garoppolo also was 2 of 9 targeting Josh Boyce and 18 of 21 throwing to every other Patriots pass-catcher. It wasn’t a great day at the office for Boyce.

Here are some players, however, who did stand out positively:

JONAS GRAY
Gray ran for 74 yards on seven carries with a big 55-yard touchdown, by far the Patriots’ biggest play of the day. Mason and fullback James Develin sparked the big carry with key blocks, but Gray did most of the work with his deceptive speed. Gray has a chance to start at running back Week 1 with LeGarrette Blount suspended.

RUFUS JOHNSON
The 6-foot-5, 280-pound pass rusher has stood out in training camp, but he shined Thursday night with a sack, a tip at the line of scrimmage and multiple pressures. Johnson left the game midway through the fourth quarter with what appeared to be a knee injury. He headed to the locker room with team doctors and didn’t return.

Rookie Trey Flowers also recorded a sack, but then he was injured two plays later. He also didn’t return to the sideline.

JAMES WHITE
White hasn’t stood out much at training camp practice, but he showed off quick feet in the Patriots’ preseason opener, catching catching four passes for 52 yards. He averaged just 1.5 yards per carry, but White is expected to do most of his damage through the air for the Patriots on third down. He also wasn’t helped much by his offensive line.

ROBERT MCCLAIN
McClain was used as the Patriots’ starting slot cornerback, and he stood out as a run-defender and in coverage. He made two pass breakups, one on a two-point conversion attempt by the Packers and another by the goal line.

McClain is competing with Logan Ryan for the Patriots’ slot role. Ryan gave up a big touchdown to Packers wide receiver Jeff Janis while playing on the outside in the second quarter. 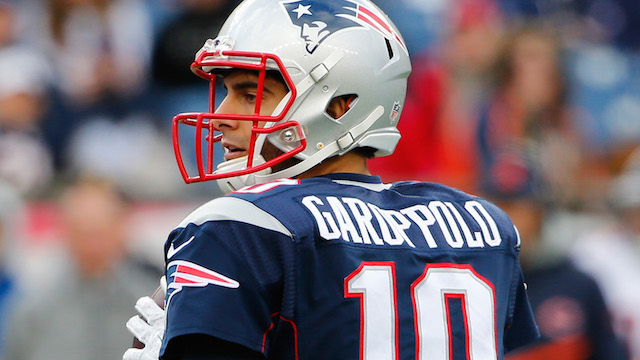 Dan Jennings: Ben Cherington, Red Sox Have ‘Bullets To Use’ In Trades