Bill Belichick has been coaching in the NFL in some capacity for more than four decades. He earned his first head-coaching gig back in 1991. And he’s entering his 16th season as head coach of the New England Patriots.

So when will the 63-year-old finally hang up the whistle? According to many of his colleagues, not anytime in the near future.

NFL Network on Tuesday released a clip from the upcoming documentary, “Do Your Job: Bill Belichick and the 2014 New England Patriots,” in which several Patriots coaches and executives offer their opinions on how much longer Belichick will patrol the sidelines at Gillette Stadium.

“Look, the guy is on a treadmill working out in the spring, watching college tape of the 2016 draft prospects,” director of player personnel Nick Caserio said. “I mean, how many other head coaches are doing that? When that passion isn’t there as much, then he’ll walk away, and maybe he’ll go coach lacrosse, I don’t know.”

Added running backs coach Ivan Fears: “I just know the man. The way he loves the game, his passion for what he does with the team, it’s hard to imagine him not going until they drag him out of the building.”

Belichick is the third-oldest active NFL coach, behind only Tom Coughlin of the New York Giants and Pete Carroll of the Seattle Seahawks.

Check out the full clip, which also includes interviews with Patriots owner Robert Kraft and president Jonathan Kraft, below, and watch the entire show Sept. 9 at 8 p.m. ET on NFL Network. 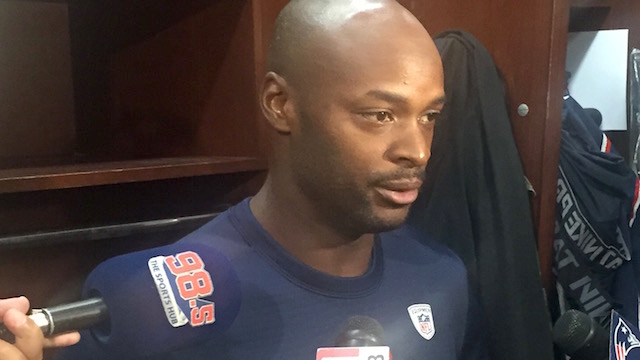 Reggie Wayne: Tom Brady Is ‘Looking Forward To Us Partnering Up’