We’re just over a week away from the worst day of the NFL calendar year.

On Sept. 5, 704 NFL players will be fired. On a Saturday, no less, team decision makers have the unenviable task of trimming their roster from 75 players to 53, those on the roster bubble will try to avoid staring at their phone all day, and reporters must fish around for news no one wants to break: the possible end to a dream.

On this day last year, I ran into a New England Patriots player, who was not on the bubble, at the mall. It was Saturday night, and 22 of his teammates had just been cut. After an initial cordial greeting, we were left shaking our heads. Curse this day.

On a happier note, this week’s mailbag:

@DougKyedNESN who wins the guard spot, the rookies or Wendall?
— @BigBoyBrook
The logical answer is Wendell, because Shaq Mason has struggled on the left side. Wendell, on the other hand, adds a veteran dependability.

But, as the Patriots proved in the first four weeks of the 2014 season, logic can sometimes fly through the window like an errant Ryan Lindley pass when it comes to Bill Belichick and the offensive line — Jordan Devey (!) started three games last season.

Wendell and Bryan Stork helped tie together the offensive line last season, culminating in the Super Bowl XLIX victory. Granted, Wendell was playing on the right side, and I suppose there’s a possibility he can’t play the left, but if he can, he’ll be better than Mason.

A third possibility is the Patriots will throw us a curveball and have either Josh Kline, who played well starting in the 2014 AFC Championship Game, or Cameron Fleming, who received snaps at guard during the spring, on the other side of rookie Tre Jackson, who almost certainly will start at right guard.

Like last season, however, whoever starts in Week 1 might not still be protecting Tom Brady in Week 17, so be prepared to take a wait-and-see approach.

What’s the capital of Kansas?
— @BuckinBoston
It’s sad I had to look this up. It’s Topeka.

When I saw this question, all I could think about was Wichita, because I’ve seen the movie “Plains, Trains and Automobiles” far too many times.

“Train don’t run out of Wichita … unlessin’ you’re a hog or a cattle.”

@DougKyedNESN If Dobson is healthy, is he a lock to make the team now that Gibson and Tyms are out?
— @JimGilhooly1957
Pretty much. There’s just so much more invested in Aaron Dobson than Chris Harper, who currently sits seventh on the wide receiver depth chart, also behind Julian Edelman, Brandon LaFell, Danny Amendola, Reggie Wayne and Matthew Slater.

Dobson does have to get healthy, though, and he has to prove the investment is worthwhile in at least one preseason game. Harper has really impressed, catching 12 passes for 117 yards in the preseason, but I’m not sure how much upside he has as anything more than a slot receiver.

Let’s not forget Kenbrell Thompkins was much more impressive than Harper during 2013 training camp and preseason, and he’s currently on the Oakland Raiders’ roster bubble. The Patriots have a solid top four at receiver. The fifth spot probably should be used on the player with the most upside, and right now, that’s Dobson.

@DougKyedNESN At how many different positions will Bryan Stork earn Pro Bowl trips this year?
— @michaelFhurley
Is there a Pro Bowl slot for the player who speaks the fewest words to the media over the course of the season? Stork should be a shoo-in for that.

@DougKyedNESN At what point would you consider it concerning that LaFell is still on the PUP?
— @pratmeister
Now-ish. It’s not a great sign LaFell isn’t on the practice field, even in a conditioning setting, with the rest of his teammates. The Patriots can take it slow with him if they need to, however, now that Reggie Wayne is on board. Wayne isn’t an All-Pro talent anymore, but he can start for six weeks in place of LaFell and be good enough.

The issue with LaFell potentially starting the season on PUP, however, is he would have to sit out the Patriots’ first six games. If there’s any chance he’ll be back for one or two of those games, then I think he’ll start on the active roster over a guy like Harper, who likely will clear waivers and slip down to the practice squad.

@DougKyedNESN 2 questions, 1. Do you think Mike Williams could potentially replace Hooman as the #3 TE?
I’ll believe Michael Hoomanawanui gets cut when I see it. The Patriots seem to love the guy because he’s dependable and Tom Brady can trust him. He can block well enough, and he can catch passes well enough, and it remains to be seen if Williams has either of those qualities.

If Williams makes the team, he’d probably be carried as an extra body rather than at the expense of another offensive lineman or tight end.

The Patriots threw No. 85 on Williams at practice Wednesday and had him running routes, but I think it’s a mistake if he’s doing that in games.

2, being a rasslin fan, now that the Wyatt Family is now 3 strong, who do you see Reigns and Dean getting to even the odds
— @t00bahhero
You can stop reading if you don’t care about WWE, but I’ll still try to keep things brief with the next four questions.

The short answer is I don’t necessarily think there will be a third member joining Dean Ambrose and Roman Reigns. I think adding a third member would only cause comparisons to The Shield, and this wouldn’t live up to those, because they’re appropriately lofty.

I think a third auxiliary member might join to even up the odds, however. Randy Orton is the obvious choice, but Cesaro would be fun, too.

@DougKyedNESN Favorite match of all time?
— @JeffWIIM
My recent favorite is The Shield vs. Evolution at Extreme Rules 2014. The Shield was at its absolute peak, and Seth Rollins was incredible in that match.

@DougKyedNESN Do you think there’s anyway Sting can win the belt at night of champions?
— @bub71
Yes, but it would involve Sheamus cashing in the Money in the Bank. I can see giving Sting the belt to say he had it, but there’s no legitimate storyline in which he actually keeps it for more than a night.

I’m more curious about what happens to the U.S. title before Night of Champions. I’m assuming Rollins will drop it, but to whom is the question. The obvious choice is John Cena, but it could set up a fun storyline if someone else wins it before Cena has the chance.

@DougKyedNESN if you were Jon Stewart would you hit Cena or Rollins with the chair?
— @sanzevino
Cena. I like the guy, but I’m a heel at heart. 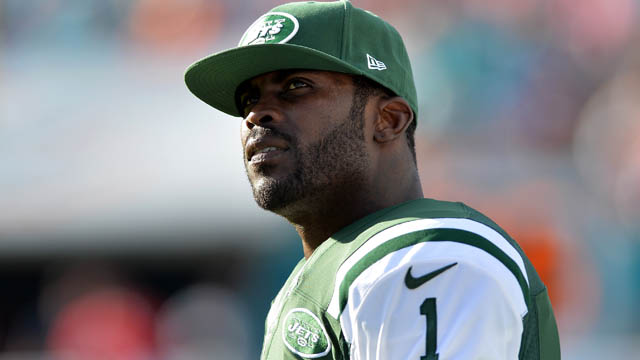