The silence is deafening from 280 Park Ave. in New York.

NFL commissioner Roger Goodell might have lied by omission (you’re welcome for pointing it out, Tom Brady, New England Patriots and NFL Players Association), and he has yet to explain himself.

To sum: Goodell said in his appeal decision that Tom Brady suspiciously only admitted to speaking to Patriots staffer John Jastremski about Super Bowl football preparation in the days after the AFC Championship Game. Goodell said this in what appeared to be an attempt to make Brady seem dishonest, thinking the appeal transcripts would not be made public.

They were, and the truth is Brady told Goodell — multiple times — that he spoke to Jastremski about both Super Bowl football preparation and the Deflategate allegations levied against the Patriots. Brady wasn’t hiding this, and quite frankly, there would be no reason to do so.

Goodell has some explaining to do.

Did he forget? What’s his excuse? And can we believe anything the NFL has led us to believe about Deflategate if Goodell was so intent to get the court of public opinion on his side that he would resort to having a selective memory about Brady’s testimony?

The answer to the latter, of course, is no. Goodell was dying to be loved, so his attempts to take down the team everyone hates held no bounds. And after he committed $2.5 to $3 million to the Wells investigation, he was in too deep to realize that science is a thing, and it might explain why footballs deflate in cold weather. And that’s why the NFL refused to correct incorrect leaked information, and why Goodell thought his appeal decision wasn’t compelling enough without pretending Brady didn’t admit to something he actually did.

Goodell has tried to justify his punishments by attempting to catch Brady in an obvious lie for over six months and failed. The commissioner loves to protect the “integrity” of the shield. So, what’s his punishment for attempting to paint Brady as a liar?

Hey, wanna talk about football, and other fun things? Let’s do it:

Well, he’s only one year removed from playing Division-II football, but he’s 6-foot-5 and-a-half and weighs 290 pounds. I think the sky’s the limit for Moore, and it was a great decision for him to add 15 pounds of muscle over the offseason.

Moore is working exclusively with the interior defensive linemen this summer, and he has huge upside as a five-technique defensive end or three-technique defensive tackle. His 40-yard dash, 3-cone drill and short shuttle didn’t stand out for a pass rusher at the 2014 NFL Scouting Combine, but his 10-yard split, broad jump and vertical jump are elite for a player his size.

If Moore can maintain his explosion and speed with the added weight, then he could be a starting interior defensive lineman in the NFL.

@DougKyedNESN i think the get of Brown was good for the DBs is it possible he starts and puts Ryan in the slot?
–@Willjeff43

It’s possible Tarell Brown will be one of the starting cornerbacks when the Patriots open the season Week 1 against the Pittsburgh Steelers. There’s a reason he was paid a $400,000 signing bonus, and it’s not because the Patriots love cutting checks for guys who don’t have a chance of cracking the roster.

Brown has been impressive in camp so far, and I think he’s challenging Robert McClain and Logan Ryan for one of the top three cornerback roles.

There still are countless possibilities for the Patriots’ top cornerback roles, and the coaches are getting a good look at their secondary with every team and 1-on-1 training camp drill.

@DougKyedNESN how well is Jake bequette doing? He’s survived a ton of cuts at TE, can he legitimately make the roster?
–@theturnstyle

All it takes is one injury or a string of impressive preseason games. Rob Gronkowski, Scott Chandler and Michael Hoomanawanui are clearly the top three tight ends on the roster, but Bequette is likely next on the depth chart. He’s competing with Jimmay Mundine, an undrafted free agent, and Mason Brodine, another converted defensive end.

There’s a reason Bequette has stuck around for his fourth NFL season, and there’s a reason head coach Bill Belichick asked Bequette to switch to tight end rather than releasing him. Belichick obviously likes Bequette, and regardless of whether he makes the 53-man roster or not, it’s likely not the last we’ve seen of the Arkansas product. He has one more year of practice squad eligibility, and he’s likely to land back there after the summer.

And as usual, let’s finish with a sports entertainment question:

@DougKyedNESN Why did the WWE stop the Kevin Owens push? From NXT champ to mid-card in the span of a 2 months.
–@Kid_From_Quincy

I don’t believe they did. Seth Rollins has the belt right now, so obviously he’s the No. 1 heel in the company. The WWE convinced the Undertaker to come around for a non-WrestleMania pay per view, so his match against Brock Lesnar will be the main event at SummerSlam.

Just because Owens isn’t in one of the top two matches at the second biggest pay-per-view of the year doesn’t mean he’s not getting pushed, nor that he’s suddenly stuck in the mid-card.

If anything, I believe his feud with Cesaro is at once compelling, the No. 3 match at SummerSlam and a good test for Owens to see how he can get over with a non-smarky crowd while facing someone other than John Cena.

I thought last week’s Raw was boring — mostly because neither Cena or Cesaro wrestled — but SummerSlam is setting up to be an incredible pay per view.

I’m excited for Brock Lesnar-Undertaker because it’s fun to watch Lesnar wrestle anyone; Cena hasn’t wrestled a bad match in months, and I look forward to watching him wrestle Rollins in a Rip Hamilton mask; Owens-Cesaro is an indie wrestling fan’s dream; Stardust makes me watch five-minute YouTube interviews with Michael Cole TWICE, and Neville does that flippy move; Roman Reigns/Dean Ambrose against the Wyatts will be fun if it’s even a fraction as good as the old Shield-Wyatts matches; and we should expect one or two highly entertaining Divas matches that hopefully last for more than five minutes, even if we have to watch Becky Lynch’s weird, embarrassing entrance while she wears old-timey goggles. And Sheamus’ match will give everyone an opportunity to make a snack or read some more boring Deflategate documents.

Sorry, everything has to be brought back to Deflategate. 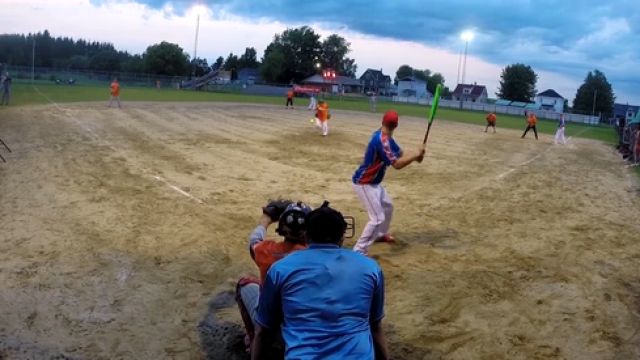