The New England Patriots are voluntarily taking a reduced roster down South to play the Carolina Panthers on Friday night.

The Patriots didn’t need to start cutting their 90-man roster until Sept. 1, but after releasing four players Thursday, they’re already down to 84. You can cross off nine more players from your roster at home as the Patriots prepare to play their third preseason game.

Here are three positional battles to watch in the all-important third preseason game:

THIRD-DOWN BACK
Dion Lewis and James White each have flashed in the Patriots’ first two preseason tilts, while Brandon Bolden and Travaris Cadet have yet to play in a game this summer. Bolden doesn’t appear to have an injury, and during training camp practices, he looked like the front-runner for the passing-back job.

We’re pretty much throwing our hands up regarding this competition.

White, a fourth-round pick in the 2014 NFL Draft, probably is who the Patriots want to earn the job. Bolden, a core-four special-teamer and veteran Patriot, currently is best-suited for the role because he has three years of experience in the offense, and he played the third-down position for half of the 2013 season. Lewis, who hasn’t played in a regular-season game for over two years, looked really, really good against the Saints. Cadet, whom the Saints didn’t tender as a restricted free agent before the Patriots signed him, is intriguing because of his positional versatility, but he hasn’t been healthy and has never proved himself as a pass blocker.

White and Bolden have the edge for the job, but Lewis made a strong push against the Saints, and Cadet could shine when he finally takes the field. This job still looks wide open.

STARTING GUARDS
Throughout training camp and the preseason, rookie Shaq Mason has started at left guard with rookie Tre’ Jackson at right guard. Both players have been shaky in the first two preseason games, but Mason has struggled more than Jackson. That makes sense. Mason played in an option offense at Georgia Tech, while Jackson was in a pro-style system at Florida State.

Based on how the Patriots are using Jackson this offseason, and on his college experience, he’ll likely be the starting right guard.

Ryan Wendell, who just came off the physically unable to perform list this week, should be the front-runner for the left guard job, but it remains to be seen if Patriots coaches feel the same way. It’s assumed the starting job will come down to Wendell or Mason, but Josh Kline, Ryan Groy and potentially even Cameron Fleming also could be in the mix. Kline and Groy played very well against the Saints. The Patriots must be high on Groy, since they traded 2015 sixth-round pick Matthew Wells to the Chicago Bears in exchange for the second-year pro.

CORNERBACK
We can pencil in Malcolm Butler and Tarell Brown to two of the Patriots’ three primary cornerback roles, but the third spot still appears up for grabs. Logan Ryan probably has the upper hand because of his experience, but his preseason performances have left something to be desired. Bradley Fletcher had a great game against the Saints, but it was against backups. Robert McClain has been solid and could win the slot job if the Patriots are confident in Brown outside.

Devin McCourty started at right cornerback last week, so he could be in the running, too. It’s worth noting he practiced with the safeties during the portion of practice open to the media this week, however. 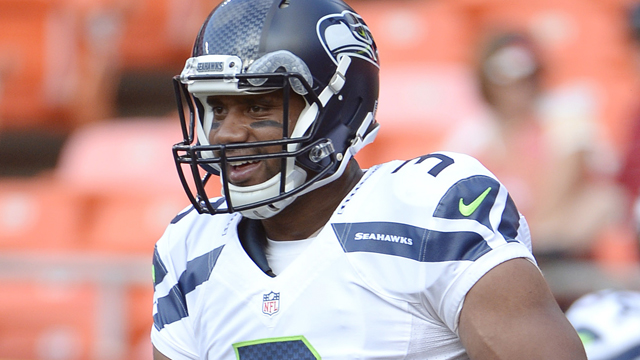 Russell Wilson: My Comments About Special Water Were ‘Perceived Wrong’