BOSTON — Dave Dombrowski dropped the names of a number of current Red Sox players during his introductory news conference. But it’s clear he holds one in particularly high regard.

That would be 22-year-old left-hander Eduardo Rodriguez, whom Dombrowski believes has shown ace potential as a rookie this season.

“You look at Rodriguez pitch, and I joked with (manager) John Farrell,” the Red Sox’s new president of baseball operations said Wednesday. “I told him (Tuesday) night, I said, ‘Gee, it looks like we’ll win a lot of games if we pitch Rodriguez 162 (times).’ And I don’t mean that as anything about any other pitchers, but he’s got a chance to be a No. 1-type pitcher.”

Rodriguez certainly has impressed this season, allowing two earned runs or fewer in 10 of his first 15 major league starts. His transition hasn’t been without hiccups — he’s allowed six or more runs four times and had issues with pitch-tipping — but those are expected from a pitcher getting his first taste of life in the bigs.

The same could be said for the rest of Boston’s rising stars (Xander Bogaerts, Mookie Betts, Jackie Bradley Jr., Rusney Castillo, Blake Swihart, etc.) whose flashes of brilliance have been intercut with growing pains — some moreso than others.

Dombrowski built a reputation during his tenure as general manager of the Detroit Tigers of valuing proven talent over prospects, leading one reporter to ask whether Boston’s younger players should be bracing for a ticket out of town.

His answer? He likes the Red Sox’s current foundation — one that’s built primarily on youth.

“All you have to do,” Dombrowski said, “is look at the lineup and watch Bogaerts play short and Swihart catch and be in a position where you look at the outfield that’s out there — the three young guys were out there with Betts and Castillo and Bradley.

“… I think the ideal way is, you take those group of guys, you continue to grow them, and you supplement them with some of the other guys. I think the foundation to do it is in place, so I don’t think anybody needs to be nervous. Not that there’s not going to be any trades, but I think that really, the foundation here is great. There’s not many people who have the young players like that and the young talent coming.”

Some additional notes from a busy day at Fenway:

— The Red Sox followed Dombrowski’s introductory presser by putting on a good show for the new boss. Boston knocked off the Cleveland Indians 6-4 thanks to two pairs of back-to-back home runs and another strong outing by starter Joe Kelly, who picked up his fourth consecutive win.

Kelly credited the victory to the players around him, whose productive offensive night came against the reigning American League Cy Young winner, Corey Kluber.

“Honestly, the offense and defense really played really well (Wednesday night),” Kelly said, “especially going against one of the best pitchers in the game. The offense that they put up (Wednesday) was pretty fun to watch.”

Kelly allowed one unearned run on five hits in six innings of work — the first time this season he’d completed a start without allowing an earned run.

— Hanley Ramirez, Mookie Betts and Xander Bogaerts all sat the game out. Acting Red Sox manager Torey Lovullo said the absences were for rest purposes and were not injury-related.

— The last week has been a taxing one for the Red Sox, with news of Dombrowski’s hiring — and former GM Ben Cherington’s departure — coming just four days after manager John Farrell’s announcement that he has cancer.

“It’s been a lot in the past seven days,” Lovullo said. “But I think the message that we’re trying to get across is that we have a job to do. And despite all this turmoil that’s around us, let’s stay together. So, we’re not letting our brother that’s next to us get too far away and stray. And that’s the job of the leaders in the clubhouse, that’s the job of the coaching staff and myself, we want to make sure we have one message, and that’s: We’re here to win baseball games.

“It’s easy to get distracted. This game is built on distractions. So, we’re trying to make sure we’re limiting those distractions, saying, ‘Hey, let’s stick together.’ At 7 o’clock, we’re a band of brothers, and we’re going to have each other’s back.”

— Andrew Benintendi, the No. 7 overall pick in this year’s draft, homered twice Wednesday and drove in three runs in his second game for the Greenville Drive, Boston’s Single-A affiliate. Greenville defeated Greensboro 7-5 in 10 innings.

Benintendi now has nine home runs in 38 games as a professional between Lowell and Greenville. 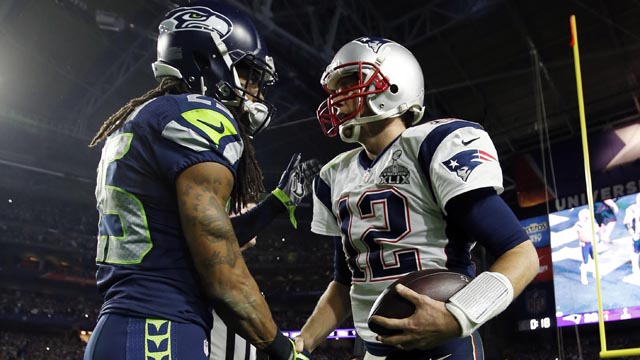 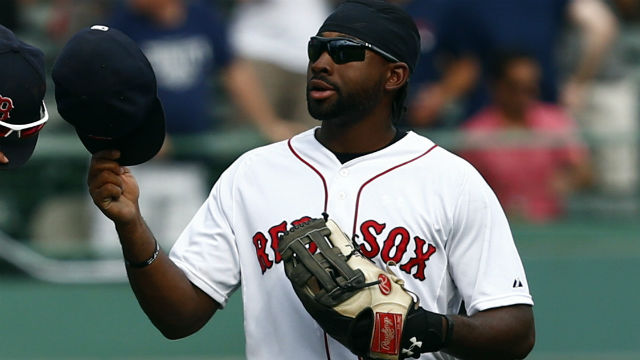