UPDATE (11:15 p.m.): The Atlanta Falcons announced Saturday night that they had agreed to a five-year contract extension with wide receiver Julio Jones, but they didn’t release financial terms.

?We could not be more thrilled to make Julio a Falcon for life,? Falcons owner Arthur Blank said in a statement released by the team. ?Julio has established himself as one of the top wide receivers in the NFL during his career and has already set the franchise record for receiving yards in a season. I am extremely proud of what he has accomplished and he has just begun to scratch the surface in terms of his potential.?

Jones told ESPN.com: “I didn’t have any doubt in my mind that we were going to get it done. Whether it was this year or next year, we were going to get a deal done. I want to be a Falcon for the rest of my career, and Mr. Blank let it be known that he wanted me here as well.”

ORIGINAL STORY: Julio Jones is one of the best wide receivers in the NFL, and the Atlanta Falcons ensured he’ll remain a key part of their offense for the long term.

After suffering a season-ending knee injury in 2013, Jones bounced back strong last season with 104 receptions for 1,593 yards and six touchdowns. His play was one of the few bright spots for a Falcons team that went 6-10 and finished third in the NFC South.

Jones, 26, is about to enter his fifth NFL season after Atlanta drafted him sixth overall in 2011. 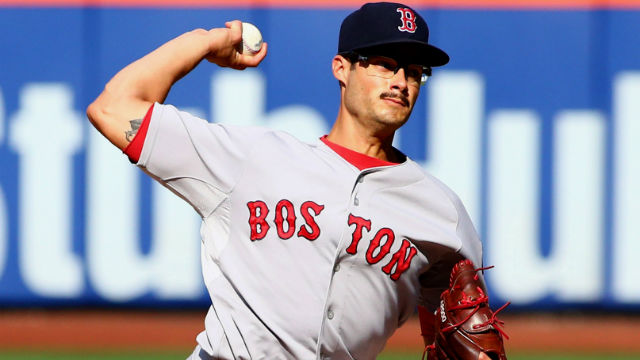