It appears there are no hard feelings between Roger Goodell and New England Patriots owner Robert Kraft.

ESPN’s Adam Schefter called in to WEEI’s “Middays with Merloni & Fauria” on Thursday after Patriots quarterback Tom Brady’s four-game suspension was nullified by a federal judge, and he said the word is things are OK between Kraft and the NFL commissioner. Schefter also added that Goodell’s job seems to be safe.

?I don?t think it?s going to happen initially,? Schefter said. ?Will there be long-term fallout? Yes. I?ve been talking to one owner this morning, and he was like, ?Roger Goodell is not in jeopardy here, Roger is fine.? (It) was pointed out that the Krafts are supposedly fine with Roger Goodell. My sense is they have more of an issue with the lawyers there with anyone else.?

Schefter said he ultimately wasn’t surprised the NFL lost the case because of the league’s heavy reliance on Article 46 of the league’s Collective Bargaining Agreement, which gives the commissioner power to discipline and hear appeals in cases regarding conduct detrimental to the integrity of the league.

But he doesn’t believe anything is stopping Brady now.

?The fact of the matter is, and this cannot be changed, is when the Patriots kick off the season one week from tonight, Tom Brady will be under center,? Schefter said. ?There?s no NFL executive, official, officer, investigator that is going to prevent that from happening right now.? 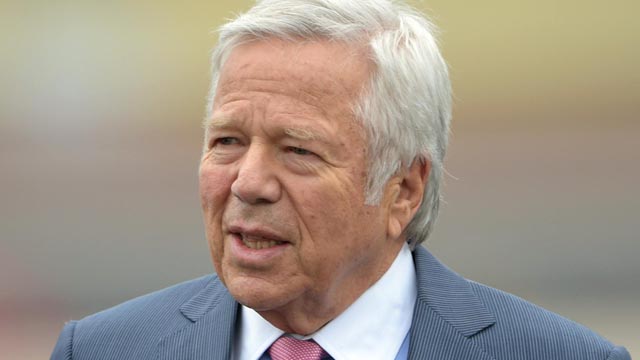