WALTHAM, Mass. — Don’t ever accuse Avery Bradley of being pessimistic.

Speaking Friday at Boston Celtics media day, Bradley detailed the lofty goals he has for his team this season.

“To get back to the playoffs,” the 24-year-old guard said, “and hopefully use all the experience we gained last year and get further and have a chance to play in the championship. Obviously, that’s our ultimate goal, and we’re going to try to prepare so we can get to that level.”

Are championship aspirations realistic for this team, though? The Celtics did make a surprise run to the playoffs last season, but they finished with a sub-.500 record (40-42) and, even after a summer’s worth of intriguing acquisitions, still lack the bona fide superstar-type that has been such an important ingredient to nearly every recent title run.

“I feel like it’s definitely realistic,” he said. “A lot of people laughed at me when I said we were going to make the playoff last year, and we did. We continue to work hard, and anything’s possible if you buy into what the coach (Brad Stevens) is trying to do and to the Celtic culture. I feel like anything is possible, and we can definitely have a chance to make it to the championship if we do those things.”

Stevens also talked championships Friday, albeit in much broader terms.

“I had one goal at my last job (as head coach at Butler), and that was to win the national championship,” he said. “I have one goal at this job, and that’s to win an NBA championship. (No matter) how long those things take to get there, that’s the only thing that I’ll ever put down as a goal.” 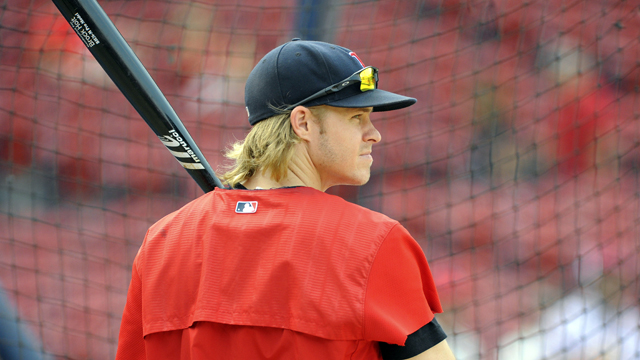