FOXBORO, Mass. — The New England Patriots have won their first two games this season and appear on a mission to pulverize any team unlucky enough to cross their path.

This Sunday, that team is the Jacksonville Jaguars, who have not posted a winning record since 2007 and have averaged just three wins per season over the last three years.

Should be a cakewalk, right? Maybe not.

The Jaguars have looked like a team on the rise this season, and Patriots coach Bill Belichick dedicated nearly 10 minutes of his Wednesday news conference to pumping the tires of Jacksonville’s young, talented roster.

The centerpiece of that roster is quarterback Blake Bortles, who was drafted third overall in 2014 and last weekend scored the signature win of his young career — a 23-20 victory over the Miami Dolphins. Bortles threw two touchdown passes, was not intercepted and posted a career-high 102.2 passer rating in the win, the Jaguars’ first over their fellow Floridians since 2006.

Bortles, the 6-foot-5, 245-pound signal-caller, is at the forefront of new kind of youth movement in Jacksonville. The team’s statistical leaders in passing, rushing, receiving and tackles through two weeks all are age 24 or younger.

?Big, strong and fast, every position.”

The Patriots handled more formidable opponents in the Pittsburgh Steelers and Buffalo Bills in Weeks 1 and 2, but on both occasions allowed their opponent to claw back into the game in the fourth quarter. Another late-game letup, Belichick said, could lead to trouble against the upstart Jags.

?We?re going to have to play and execute well for 60 minutes, which is something we haven?t done yet this year,” the coach said. “That?s going to be really important. Their talent level, their youth, their energy, their toughness — that?s going to be a big challenge for us this week.” 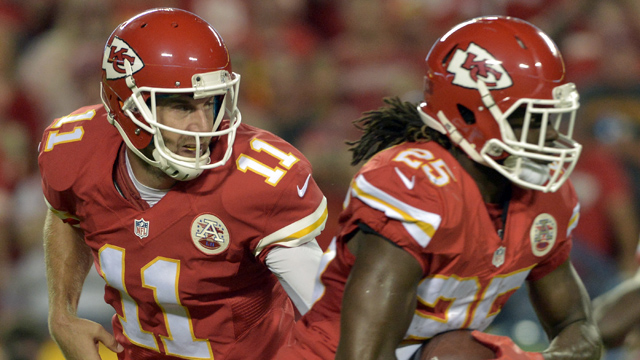 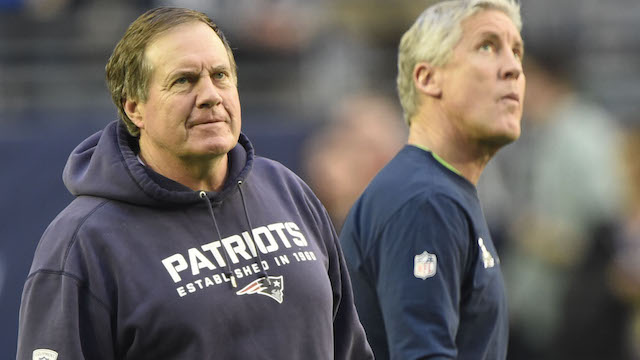 Bill Belichick: ‘Quite A Bit’ Of Carryover From Seahawks Defense To Jaguars