Week 2 of the 2015 NFL season was a difficult one for many fantasy football owners, specifically those who own Dallas Cowboys quarterback Tony Romo and Green Bay Packers running back Eddie Lacy in their leagues.

Both players suffered injuries that forced them to leave their games. In Romo’s case, his injury could cost him as many as eight weeks, a source told ProFootballTalk. That’s an eternity in fantasy football.

Here’s a recap of the best players to pick up from the waiver wire entering Week 3.

Quarterback: Brandon Weeden, Dallas Cowboys
Weeden doesn’t instill much confidence in fantasy owners, but if the Cowboys don’t sign another quarterback to compete for the starting job while Romo is injured, the former Cleveland Browns QB will be in charge of a pretty good offense.

Weeden was 7 of 7 for 73 yards and a touchdown Sunday after replacing Romo. It’s a small sample size, but impressive enough for fantasy owners in two-quarterback leagues to strongly consider adding him ahead of Week 3.

Dallas’ next three opponents rank 18th or worse in pass yards allowed this season, including the last-place New York Giants. So, Weeden has a few favorable matchups coming up.

Running Back: James Starks, Green Bay Packers
We don’t have all the facts surrounding Lacy’s ankle injury that kept him out of the second half of Sunday night’s game, but fantasy owners still should try to add his backup. Starks has 97 rushing yards on 22 carries (4.4 yards per carry average) through two games, and 95 of those yards were gained against a very good Seattle Seahawks defense in Week 2.

The Packers have a high-powered offense with elite fantasy quarterback Aaron Rodgers at the helm. Therefore, Starks should find himself in plenty of red-zone situations, and his good blocking skills will earn him snaps on passing downs, where he could make an impact in PPR leagues.

Wide Receiver: Travis Benjamin, Cleveland Browns
Led by sophomore quarterback Johnny Manziel, the Browns defeated the Tennessee Titans on Sunday for their first win of the season. The MVP of the game for the Browns was Benjamin, who caught three passes on four targets for 115 yards and two touchdowns.

Benjamin has a great matchup in Week 3 against an Oakland Raiders defense that has allowed the third-most passing yards (653) in the league along with four passing touchdowns.

Cleveland’s offense lacks consistency, but Benjamin is the team’s No. 1 wide receiver and should be owned in all 10- to 16-team fantasy leagues.

Fifteen targets is a solid number for any tight end through two weeks, and it helps that Lions quarterback Matthew Stafford is targeting him in the red zone.

Detroit is 0-2 and plays the Denver Broncos in Week 3. The Lions probably will be trailing in the second half, so it’s possible Ebron could approach 10 targets again, especially with the Broncos’ defense likely to focus on stopping running back Ameer Abdullah and wide receiver Calvin Johnson. 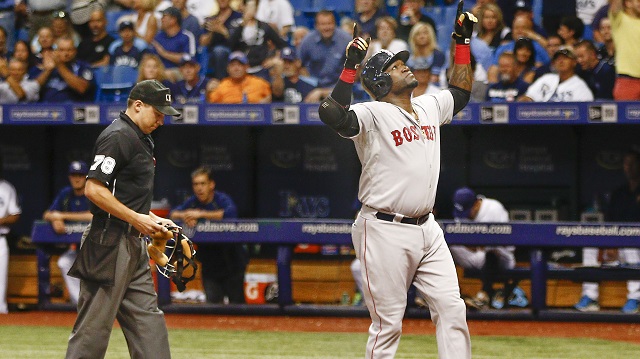