Former Redskin Dexter Manley: Tom Brady Is 'Garbage,' Is 'In The Toilet' - NESN.com Skip to content

Dexter Manley is a clown.

Now that we’ve got that out of the way, let us tell you about the former Washington Redskins player’s latest comments that are so insane, they’re almost not worth sharing.

You might remember Manley not only from his playing days, but also because of his verbal attack on Troy Aikman back in 2013. He made homophobic comments about Aikman, calling the former Dallas Cowboys quarterback “a queer.” The comments cost him a spot on a radio station in Washington, D.C.

Manley is now targeting another legendary quarterback: Tom Brady. The Redskins great went on 106.7 The Fan on Thursday and delivered an epic Brady rant even Indianapolis writers would have to question. It was something else.

“First of all, let me tell you something, let me ask you guys a question: Who would you take, Joe Theismann or Tom Brady?” Manley said, per The Washington Post. “I?m taking Joe T. I?ve got a guy (at work), he loves Tom Brady, and I think Tom Brady, I ain?t gonna go there, but Tom Brady can?t even pack Joe Theismann?s jock. This (co-worker), that?s all we debate all day is about Joe Theismann or Tom Brady. I think Tom Brady can?t pick up a first down. He has no athletic skills, he?s surrounded by good people, but the guy is in the toilet, in my opinion. In my opinion, he?s in the toilet.

Like we said, it really doesn’t make any sense, but everyone’s entitled to an opinion … we guess. 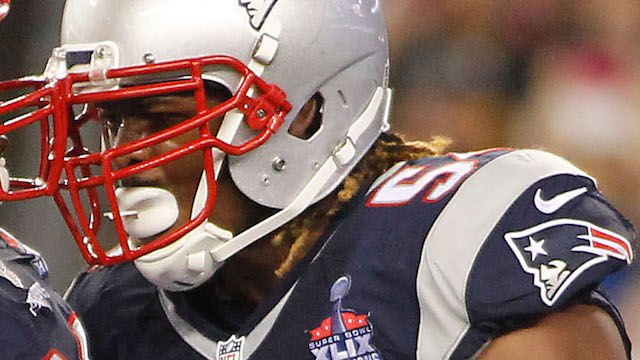