The 2016 NBA All-Star Game will be held at Toronto’s Air Canada Centre. Isaiah Thomas plans on being there.

During an interview with Sirius XM’s “Going the Distance,” the Boston Celtics point guard detailed his goals for the 2015-16 season — a list that includes earning his first career All-Star nod.

“First off, team goals, we just want to build from what we did last year,” Thomas said, as transcribed by ESPN.com. “We made the playoffs, but we definitely weren?t satisfied. We think we have a better team than we had last year and we have a full season together — it?s only going to make us better. My goal for the team is to make the playoffs and just build from there. Hopefully win some games and win a series and go from there. Just getting there and having that experience was amazing last year.

“Then, individual goals, I don?t have too many. When you achieve your team goals, then your individual success comes. But I definitely feel like I can be an All-Star. I?m not just saying that. I honestly feel that way. With hard work and dedication and just taking my craft serious. And, with the opportunity given with the Boston Celtics, I feel like I can reach that goal. That?s a goal of mine. First and foremost it comes with team goals. And just getting (to the playoffs) and being the best team we can possibly be.”

Thomas certainly built a strong foundation during his first few months as a Celtic, averaging 19.0 points and 5.4 assists per game following a February trade from the Phoenix Suns.

To read more from Thomas’ interview, including a great deal about his relationship with boxer Floyd Mayweather, click here. 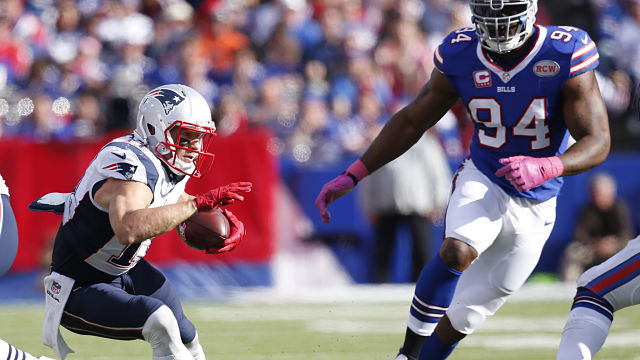 Patriots’ Stranglehold On AFC East Not In Jeopardy Despite Improved Teams