A New York Jets employee was suspended for tampering with footballs in 2009, and he wasn’t a player.

That Jets equipment employee ” ‘attempted to use unapproved equipment to prep the K(icking) Balls prior to’ a game against the Patriots,” the NFL Players Association noted in its lawsuit filed against the NFL on July 30 regarding New England Patriots quarterback Tom Brady’s four-game suspension in the Deflategate scandal.

“The NFL concluded the Club employee?s ‘attempt to use unapproved materials to prep the K(icking) Balls could (have) easily be(en) interpreted as an attempt to gain a competitive advantage.’ Id. Significantly, the Jets kicker — unlike the Club employee — was not investigated, let alone disciplined,” the NFLPA continued in their filing.

So, why might this matter after Brady’s latest settlement hearing?

The Jets kicker in question, Jay Feely — now a member of the NFLPA’s executive committee — attended Monday’s settlement hearing, ProFootballTalk pointed out Monday night. It’s unknown whether the Jets cheating scandal was mentioned when Feely was inside U.S. District Court Judge Richard Berman’s chambers Monday, but it’s the NFL case most closely related to Deflategate, and it obviously netted a much different investigation and result.

A settlement couldn’t be reached in court Monday, but Berman is expected to rule on Brady’s lawsuit Tuesday or Wednesday. Berman doesn’t have the power to decrease Brady’s suspension, only uphold or nullify it. 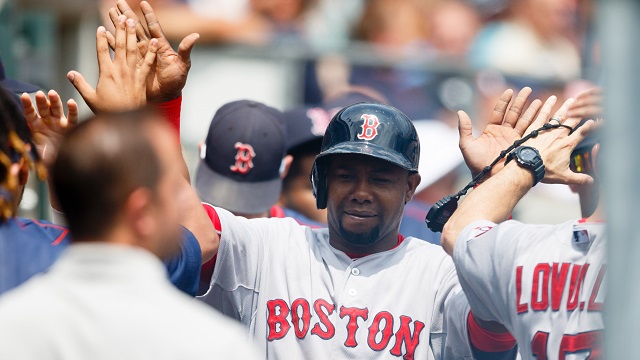