Jonas Gray’s brief yet eventful tenure in New England ended this past weekend when the Patriots surprisingly released him during the final round of roster cuts.

It was a move the 25-year-old running back, who led the Patriots in rushing yards this preseason, did not see coming.

“I was shocked, but at the same time I can’t blame them,” Gray told reporters Wednesday, via ESPN.com. “They’ve got to do what they think is best for the team. I was surprised. I thought I did everything I can to earn a roster spot — not only earn a roster spot, but earn a starting spot. But it didn’t work out my way.”

Gray’s unemployment period did not last long, as the Miami Dolphins signed him to their practice squad Tuesday. After a season that included a four-touchdown game, a Sports Illustrated cover and a much-publicized benching, he now must work his way up from the Dolphins’ scout team.

“I’ve been through worse,” Gray told reporters. “So I look at it as another opportunity to work, get better and have an opportunity to go against a starting defense and hopefully help the team win.”

Gray first signed with Miami in 2012 after going undrafted out of Notre Dame but was among the Dolphins’ final cuts that season. He spent 2013 on the Baltimore Ravens’ practice squad before debuting last season for the Patriots. He appeared in eight games for the eventual Super Bowl champions and rushed for 412 yards — 201 of which came during a Nov. 16 win over the Indianapolis Colts. 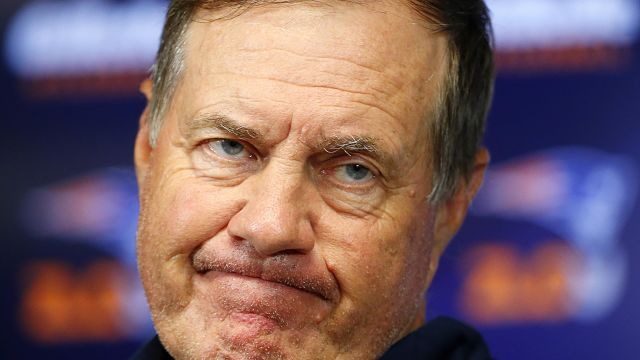