BOSTON — As the media descended on Matt Irwin on the first day of Bruins training camp, the 27-year-old defenseman chuckled.

“I’ve never seen this many (reporters) in San Jose,” he said.

But while the Bruins do play under a more intense media microscope than that of Irwin’s former team, the Sharks, the setting the new B’s blueliner is entering is in many ways a familiar one.

Though he hails from the opposite end of the continent — Brentwood Bay, British Columbia, to be exact — Irwin is no stranger to Massachusetts life. He played two seasons in Hockey East at UMass-Amherst, then went on to appear in 181 games for San Jose’s American Hockey League affiliate in Worcester.

When Irwin became a free agent for the first time this summer, playing for the Bruins was an attractive idea. He signed a one-year contract July 10, less than two weeks after the opening of free agency.

“Throughout the organization and the city of Boston itself, the fans,” Irwin said Thursday. “Playing at UMass, playing in Worcester over the years, I got a feel for what the whole sports town was all about — what the Bruins and all the other major sports and how big it was, was very enticing for me.”

It’s more than surroundings that endeared Irwin, though. The Bruins, who saw a string of seven consecutive playoff appearances end last season, enter this fall in a position similar to that of the Sharks, who reached nine straight postseasons before falling short in 2014-15.

The difference: While San Jose consistently disappointed when the games mattered most, Boston has won a Stanley Cup and played for another, all within the last five years. Eight players from that 2011 Cup-winning squad remain under contract with the Bruins, and Irwin is confident last year’s downer has made his new teammates all the more motivated.

“On a personal side, a fresh start, I think, was going to be good for me coming out of San Jose, and (coming to) a team with a history of winning with guys in the locker room that know how to win,” he said. “They’re hungry; we’re all hungry this year. I’m kind of coming from a similar situation in San Jose where we missed the playoffs, so everyone here is hungry to get back to where we deserve to be.”

Irwin is coming off a campaign in which he tallied eight goals and 11 assists in 51 games with San Jose. Now, he joins a Bruins D-corps wrought with uncertainty, as the departures of Dougie Hamilton and — to a much lesser extent — Matt Bartkowski left the team with just three defensemen who appeared in even half of Boston’s games last season: Zdeno Chara, Dennis Seidenberg and Adam McQuaid, all of whom have battled injuries over the past two seasons.

It’s no wonder “opportunity” was one of the most common buzzwords Thursday at TD Garden.

“I mean, that?s something you look at, too, when you?re weighing your options,” Irwin said. “Opportunity is a big thing, and I like the depth we have here on D. That?s going to push all of us to be the best we can every night so that coaches feel comfortable putting the best six guys on the ice every night.

“… There’s holes to be filled, and everybody’s looking for that opportunity.” 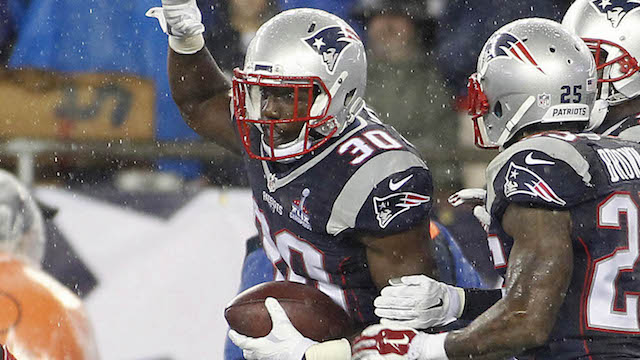 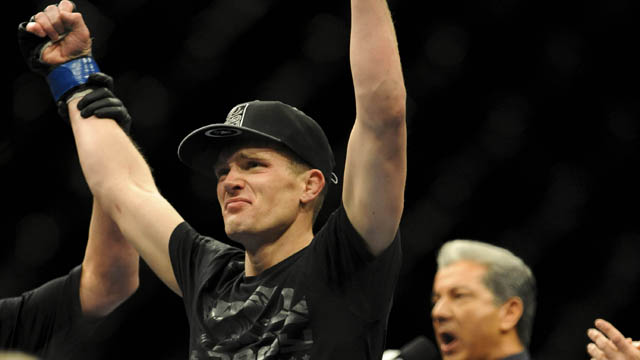