A bunch of people went undefeated in the Westgate SuperContest in Week 1. We were not among those people.

Still, Tom Brady’s Emails, NESN.com’s entrant into the massive NFL handicapping contest, showed well in its debut with Team OddsShark. The super-picking trio of Mike Cole, Ricky Doyle and Ben Watanabe went 4-1 in the opening week, suffering their only defeat when the favored Seattle Seahawks rolled over against the St. Louis Rams.

Such early success only can mean bad things are ahead.

Check out this week’s SuperContest picks below, then scope out the Team OddsShark standings and our experts’ individual picks for Week 2.

Pittsburgh Steelers (-5.5) over San Francisco 49ers, Sunday, 1 p.m. ET
Heinz Field, Pittsburgh, Pa.
Even when they’ve been good recently — particularly on the road — the Niners haven’t always been great against the spread. In fact, they’ve beaten the line just once in their last seven road games. Meanwhile, Pittsburgh is 5-2 against the spread in its last seven home games. Either way, Carlos Hyde and DeAngelo Williams could rack up the yards against two subpar defenses.

Arizona Cardinals (-1.5) over the Chicago Bears, Sunday, 1 p.m.
Soldier Field, Chicago
This was a lot more enticing as a pick ’em, but we’re not backing down from picking against the Bears, for whom “Backing Down” is their mantra. The Cardinals usually beat the spread away from University of Phoenix Stadium — they’re 10-4 in that regard in their last 14 road games — and the Bears have beaten the spread just four times in their last 19 games at Soldier Field.

Miami Dolphins (-6) over Jacksonville Jaguars, Sunday, 4:05 p.m.
EverBank Field, Jacksonville, Fla.
Two teams that haven’t fared well against the spread of late meet up for an intra-Sunshine State battle. There’s some danger for a backdoor cover here, as Ryan Tannehill and Miami’s offense didn’t impress in Week 1 against Washington, but Ndamukong Suh and the Fins defense has to look better after a so-so debut.

Philadelphia Eagles (-5.5) over Dallas Cowboys, Sunday, 4:25 p.m.
Lincoln Financial Field, Philadelphia
The road team has won the eight of the last 10 matchups in this rivalry, and the Cowboys are 8-1 against the spread in their last nine road games. To make matters worse for the Eagles, they have beaten the spread just eight times in their last 23 home games. But the Dez Bryant injury changes everything. Despite a massive disadvantage at quarterback, a more balanced Philly squad will win by at least a touchdown.

New York Jets (+7) over Indianapolis Colts, Monday, 8:30 p.m.
Lucas Oil Stadium
This is too many points to pass up against too fraudulent a Colts team, even if they are in Indy. The Colts are 10-2-1 against the spread in their last 13 home games, but T.Y. Hilton is banged up, Andre Johnson and Frank Gore looked shaky in their debuts and Andrew Luck has six interceptions versus four touchdown passes in his last three starts. Chris Ivory will have himself a day against a putrid run defense. 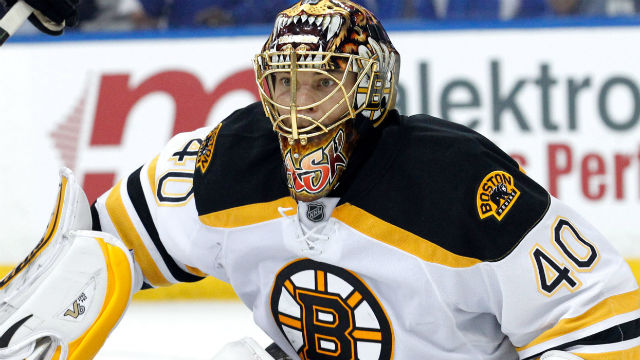