Two weeks in, and Tom Brady’s Emails has steered you straight more often than not.

NESN.com’s entrant into the Westgate SuperContest, as part of Team OddsShark, posted its second straight winning record in Week 2, going 3-2 against the spread. When added to the opening week’s 4-1 mark, TBE now sits tied for second in the Team OddsShark standings — and our experts are starting to feel a bit more confident in their abilities.

Without further ado, check out TBE’s Week 3 SuperContest locks below. Then check out how the super-picking trio of Mike Cole, Ricky Doyle and Ben Watanabe each see all of this week’s games shaping up

New York Jets (-2.5) over Philadelphia Eagles, Sunday, 1 p.m. ET
MetLife Stadium, East Rutherford, N.J.
The Iggles are 6-0 straight-up and 5-1 against the spread in their last six matchups with the Jets, but this particular edition is an abomination. This Jets defense is also capable of doing some abominable things, so we’re going with the Not Sam Bradfords in what’s moved to just under a field goal after being basically a pick ’em early in the week.

Pittsburgh Steelers (-1.5) over St. Louis Rams, Sunday, 1 p.m.
Edward Jones Dome, St. Louis
The Steelers own the NFC West against the spread, covering in six of their last eight games against the division. They get Le’Veon Bell back this week, to boot, which should help prevent the Rams from completely pinning their ears (horns?) back and going after Ben Roethlisberger.

Carolina Panthers (-4.5) over New Orleans Saints, Sunday, 1 p.m.
Bank of America Stadium, Charlotte
New Orleans has a lot of conflicting data coming into this one: The Saints are 1-5 against the spread in their last six games, but 4-2 against the spread in their last six on the road. If you can wrap your head around that math, you might be smart enough to think of a reason to take the Saints. We can’t. We’re going with the Panthers, who are 12-5-1 ATS in their last 18 home games.

Indianapolis Colts (-3) over Tennessee Titans, Sunday, 1 p.m.
Nissan Stadium, Nashville, Tenn.
Yup, we’re going with the Colts, their disgraceful play thus far be damned. The Horseshoes are undefeated against the spread in their last seven matchups with the Titans, and beating up on the AFC South is what they do. Come to think of it, it’s pretty much all they do.

Arizona Cardinals (-6.5) over San Francisco 49ers, Sunday, 4:05 p.m.
University of Phoenix Stadium, Glendale, Ariz.
We’re putting a lot of faith in the Cards to continue their trend of dismantling inept defenses. Yet aside from blind faith in Carson Palmer and the Johnsons, there’s also a lot to dislike about San Francisco. The Niners are 1-7 against the spread in their last eight and have failed to cover in four of their last six on the road. As for the Cardinals, they’ve beaten the spread in all but one of their last eight games at University of Phoenix Stadium. 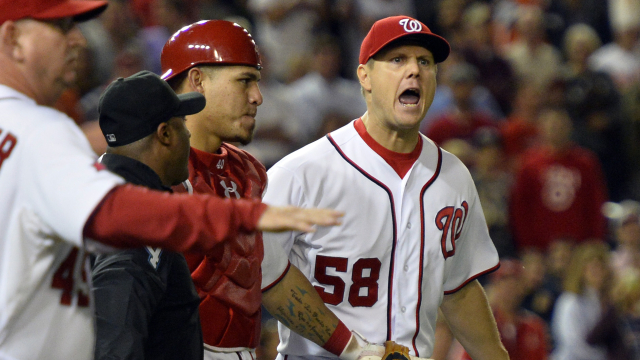